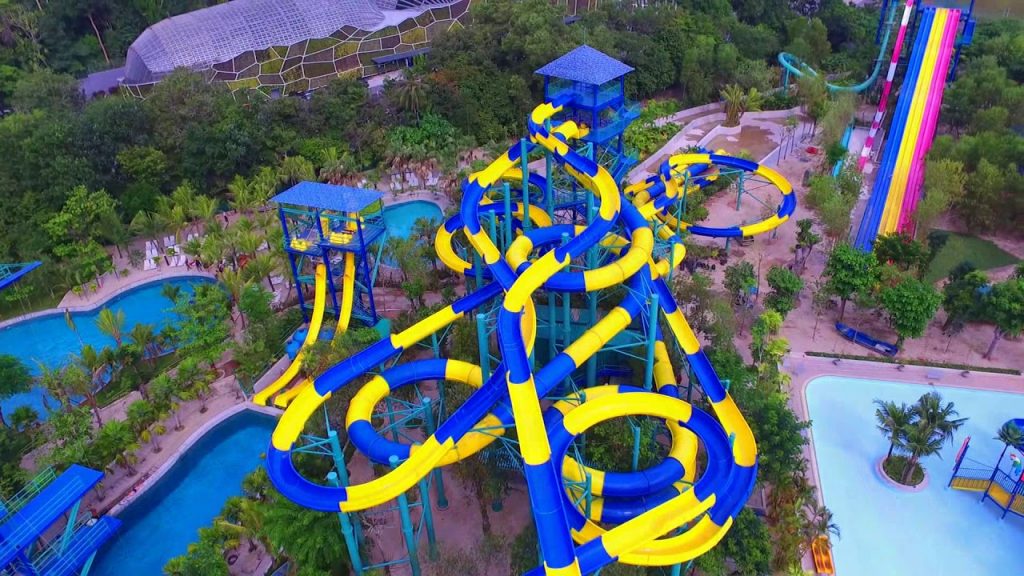 The world’s longest tube water slide at the Escape theme park in Teluk Bahang here is now open to the public.

Chief Minister Chow Kon Yeow said for years, Escape theme park has been the leading tourist attraction in Penang – and the opening of the new attraction of the 1,111m-long water slide will further strengthen its position as number one theme park in Malaysia.

He said a study conducted by Universiti Sains Malaysia recently revealed that 10.9% of international and domestic tourists came to Penang to visit Escape.

“The study shows a remarkable statistic and testament to the importance of Escape to both Penang and Malaysia’s tourism growth ambitions,” he said at the official opening of Escape phase 3 – Gravityplay and the Guinness World Records Longest Tube Water Slide here today.

Chow said Penang Immigration Department’s statistic also showed the number of visitor arrivals recorded from January to August this year had steeply increased by 207.7% to 89,535 from only 29,101 recorded over the corresponding period of last year.

“From conceptualisation to the support we received from the Penang Development Corporation, I am grateful for all those who have contributed to making Escape what it is today – a world-class tourist destination with world-record-setting attractions that generate more smiles per hour for everyone who visits Escape,” said Sim who also admitted having invested RM60 million in the last seven years to build the theme park.

Earlier, Escape Penang inked a memorandum of understanding with GSPARX Sdn Bhd, a wholly-owned subsidiary of TNB, to build a photovoltaic facility that will supply renewable energy to Escape.

“At Escape, our eco-friendly parks co-exist with the natural habitat. We want our visitors to experience play amongst the beautiful terrain and rain forest we have here in Penang. This initiative with GSPARX will allow us to be fully self-sustainable and completely carbon neutral, how mother nature intended it to be.”

He added that the physical construction on an estimated 0.6ha of land will complete in over a year and will help reduce the monthly electricity bill of up to 15%.