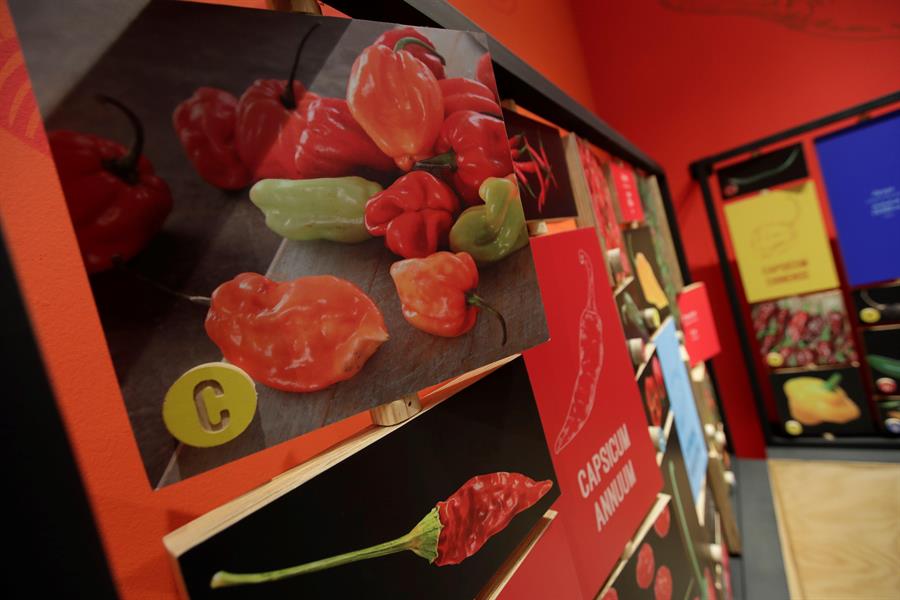 Where’s the “aji chombo”? That’s the question that’s making the rounds among those visiting an exhibit at the Biomuseum of Panama which tells the history of the chili peppers – known as “aji” (pronounced ah-HEE), “chile” or “guindilla” – grown in the Americas and adopted as a favoured seasoning around the world.

The plants of the genus Capsicum originated in the Americas, where they were domesticated some 6,000 years ago – but they have spread around the world thanks to explorers Christopher Columbus, who discovered the Americas on 12 Oct 1492, and Vasco Da Gama.

Columbus and Da Gama thought that chili peppers were “fascinating,” with their distinctive “hot” flavousaid r derived from the capsaicin within them, “and they took it to Europe and it became popular there,” Diego Castillo, the assistant curator of the exhibit.

“Most people think about picante and … the foods of India or Asia, but in reality it’s native to the Americas,” Castillo, who is also one of the Biomuseum’s exhibition guides, added.

The museum is located on Panama City’s Calzada de Amador, on the banks of the Panama Canal.

Among the thousands of varieties of chili peppers, some of them sweet and some fiery hot, is the “chombo,” – which is “native to Panama,” Castillo said with a proud smile.

“Many people come to the exposition asking ‘Where’s the aji chombo?’ ‘Where can I read about it?’ and we have it here,” he said.

Aji chombo is in the Chinese Capsicum family and is very hot. It’s one of the basic ingredients of Panamanian cooking, along with cilantro, plaintains and yams.

It’s almost inconceivable for “sao,” a dish made from pig’s feet marinated in lemon juice with onions and other ingredients, or “ceviche,” a cold and spicy seafood dish, not to be made with aji chombo in Panama.

It can make a person start to perspire and get watery eyes, and it also gives flavour to tamales and other typical Panamanian cuisine – which is a mixture of elements from American Indian, Hispanic, African and Caribbean island cultures.

Aji chombo is considered to be a seasoning with a “rather strong” heat rating – some “350,000 Scoville Heat Units” – said Castillo, adding that the well-known japaleño pepper has an SHU rating of “only” 8,000.

Also on display at the exhibit is “paprika” or cayenne pepper from Hungary and Carolina Reaper, which has an SHU rating of 2,220,000 and is a hybrid between the Habanero and the Naga Bhut Jolokia pepper.

The exhibit discusses 70 varieties of chili peppers from among the world’s 2,000 types.

“It seemed to us to be an interesting story, to tell about how it’s a fruit from the Americas but which was taken to other places,” said Castillo.

The pepper has travelled the world – including along the famous Silk Road running across Asia, the Indian subcontinent, Persia, Arabia, Turkey, Europe and Africa.