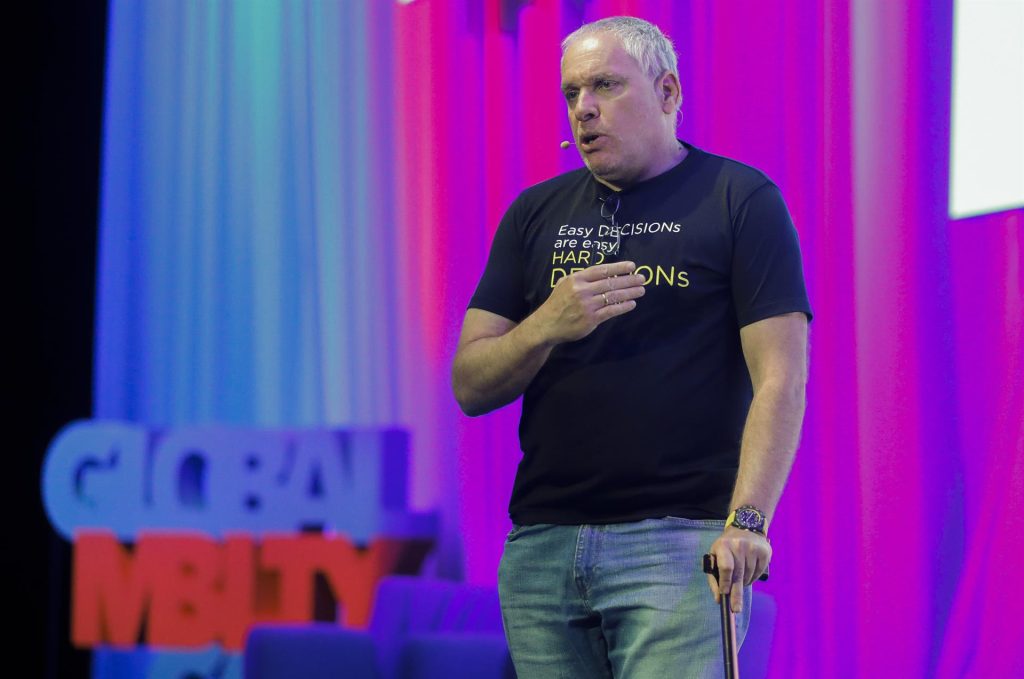 Uri Levine, co-founder of the traffic and navigation app Waze, yesterday called on governments, companies and entrepreneurs to remain dedicated to the development of mobility solutions – since, according to his estimates, 1% of the Earth’s surface is occupied by cars.

The Israeli businessman participated in the talk on ‘How Entrepreneurship Has Changed the World of Mobility. What Comes Next?’ during the second day of the Global Mobility Call conference, which is being held June 14-16 at the Spanish capital’s Ifema Madrid fairgrounds.

Adding to the mobility problem is the fact that the car is only used “4% of the time each day,” while the rest of the time it’s kept parked, Levine said.

Given the growth of the population and the manufacture of vehicles, he says it is time to create practical infrastructures at a reasonable cost.

Levine says the solutions include the possibility of travelling in smaller vehicles that take advantage of existing infrastructure – especially in urban environments – and creating exclusive roads so that autonomous vehicles can circulate safely.

“Several decades ago, there were people operating elevators, now not anymore. It may be the same if we have those exclusive roads in the cities.”

In the talk, the Waze co-founder commented on what the innovation process is like: “you can’t always be successful.”

He used as an analogy the crossing of a desert, “everything around you is sand” and although no progress is observed, “every small step counts to build something useful for society.”

The app was born out of the commitment to “make people avoid traffic jams,” although as the founder himself acknowledges, social evolution means that “there is now more traffic than in 2007.”

He noted that in mobility it is important “to work with a blank page,” in which the drivers themselves are the ones who help create a more useful and efficient map, capable of facing the challenge of sustainability that avoids being “stuck in traffic forever.”