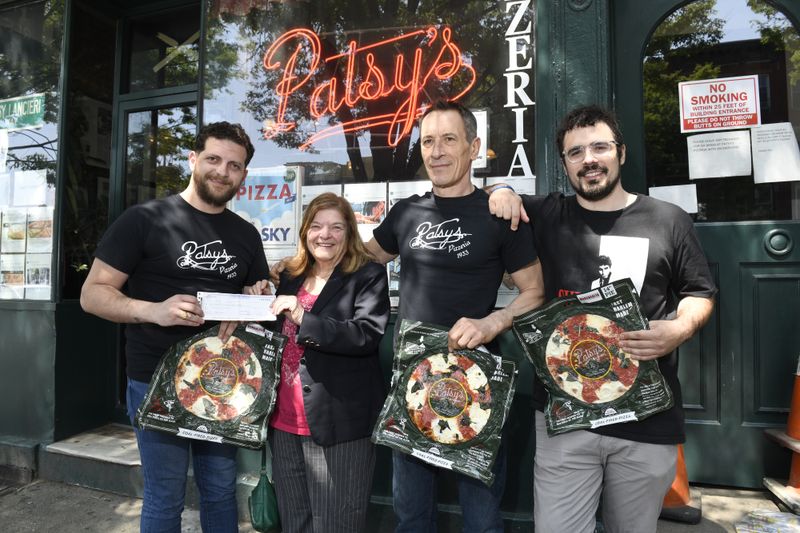 Lunch at Patsy’s Pizzeria last weekend turned out to be life-changing for a woman and her daughter, who had then commented there weren’t enough photos of women on the outlet’s walls.

“Maybe women don’t eat a lot of pizza?” Karen Vinacour, 79, recalled the waiter saying with a shrug. “Well, my daughter’s kind of feisty and she didn’t like that. So we didn’t tip him.”

When waiter Armando Markaj, 27, was cleaning the table after the duo left, he didn’t get the customary 20% of the food bill – but left behind was a folded up envelope. “I just pulled up the flap and I saw ‘Citibank’ and thought it was important, so I ran out to the street to look for her, but she was gone.”

Seeing it was actually a US$424,000 cashier’s cheque – which means anyone could cash it – he gave it to the pizza shop owner Frank Brija, 63.

After waiting several days for this customer to come reclaim her cashier’s cheque – who later turned out didn’t even realise she’d left it at the restaurant – they contacted the New York Daily News, and the now-panicky Vinacour was relieved to learn from the newspaper she’d be getting all her money back.

Upon stepping into the outlet, she immediately apologised as she felt awful for not earlier tipping Markaj – a medical student working his way through school. But he declined her belated tip.