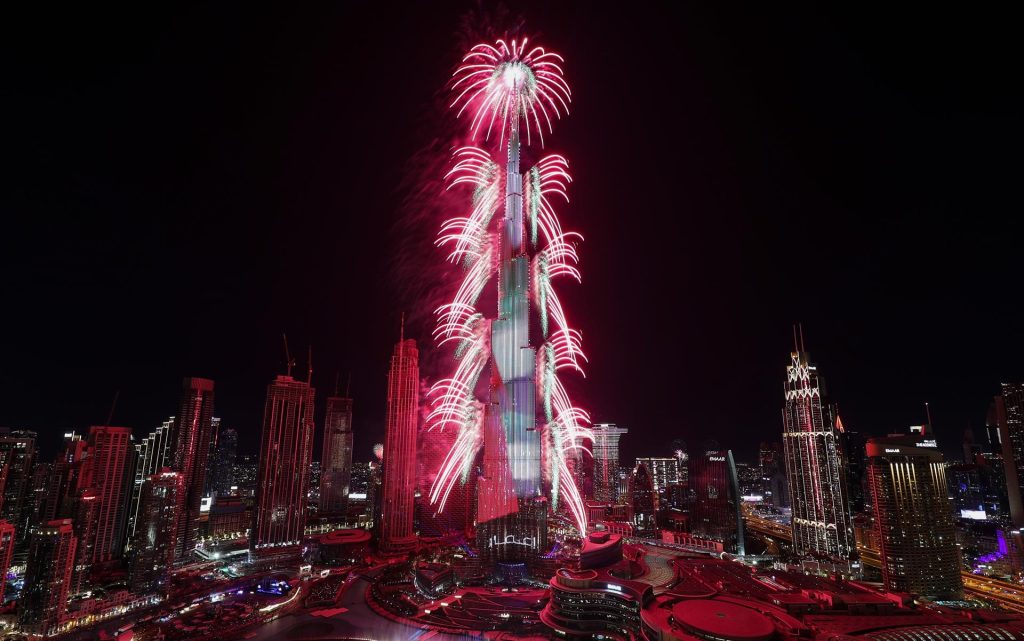 The Ras al-Khaimah emirate set the first world record for the Highest Altitude Multirotor/Drone Fireworks Display with a tower of fireworks 1,055.8m high, beating any skyscraper in the world.

Employing 452 drones to launch fireworks at the same time to create a ‘Happy New Year’ visual in the sky, it shattered the world record for the Most Remote Operated Multirotors/Drones Launching Fireworks Simultaneously.

Abu Dhabi’s Sheikh Zayed Festival, meanwhile, broke three new world records with a fireworks display that lit up the sky over the al-Wathba area for 40 minutes with various formations and colours.

“The Sheikh Zayed Festival has now officially broken 3 Guinness World Records in terms of volume, duration and form during its New Year celebrations,” the organisers said on لإwitter.

The UAE is the country with the most Guinness records (425) in the Middle East and North Africa region.