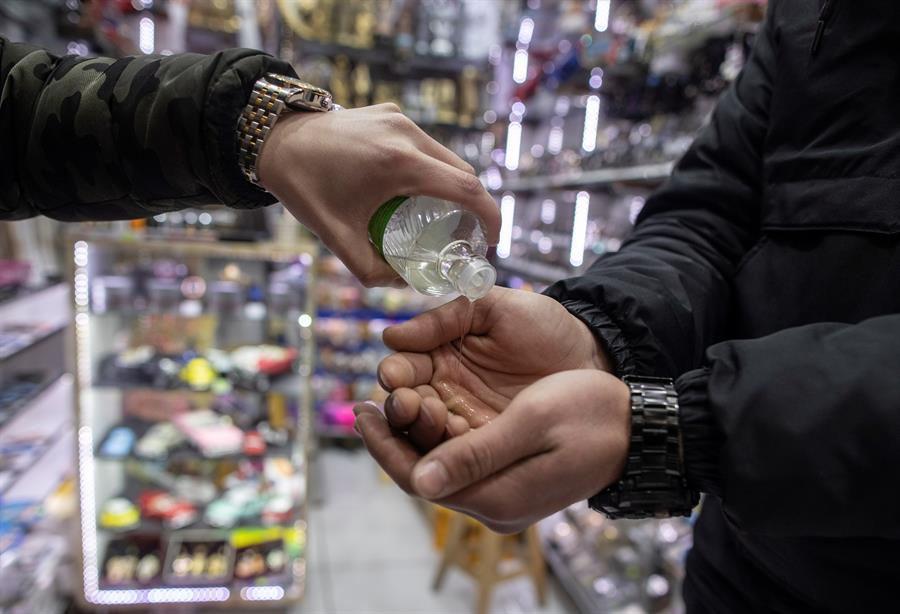 It has long been tradition in Turkey to offer visitors cologne water to refresh their hands. Now the habit has become an unexpected strategy to fight the coronavirus and an alternative to expensive and scarce hand sanitisers.

“I always carry a bottle of cologne in my car,” said Yilmaz Kurt, an emergency health worker at Ankara’s May 19 Hospital.

“Alcohol is a good sanitiser for hands, the most dangerous part of the body because it can spread the virus,” says the doctor.

What is now medical advice was already widely spread in the Eurasian country.

Cologne is offered as a sign of hospitality in homes, restaurants and cafes, and is sold in supermarkets and grocery stores.

The services sector, especially gastronomy, has renewed its use in recent years of offering scented wet wipes

Every meal in an Istanbul restaurant ends, without exception, with the waiter offering one of these cloths to customers.

The towels have previously been immersed in a perfumed solution that usually contains a concentration of 80% alcohol.

Since the authorities first announced on March 10 the first of what are now 1,700 Covid-19 infections, queues have formed at shops and chemists to buy cologne at a standard price of around €7 a litre.

Hand sanitisers, like in many other countries, have been depleted and now what remains are empty shelves.

When the products are found, they are noticeably more expensive than eau de cologne.

According to a study by the Ipsos social research institute on how Turks cope with the pandemic, 88% said they use cologne to fight the virus.

Turkish media and experts have recommended its use to avoid spreading the virus in situations where it is difficult to wash your hands with soap.

The government has even announced it will distribute free cologne water and face masks to over 65s, the most vulnerable social group.

It is now common to find sold-out signs in supermarkets and pharmacies. The most popular brands have also exhausted their online sales although they have issued statements to say stocks will be updated soon.

“We do not have masks, gloves, or cologne. These are the phrases that I have repeated the most in the last days,” said an Istanbul pharmacist.

Given the rapid spread of Covid-19, the Turkish government has suspended the use of ethanol in other sectors – such as gasoline production – to increase cologne production.

The authorities have taken the matter so seriously that they have even rushed to clear any doubts over whether the use of alcohol as a disinfectant poses a religious issue.

Diyanet, the equivalent to the Ministry of Religion, has said that although Islam prohibits drinking alcoholic substances, “their use is allowed for cleaning.”