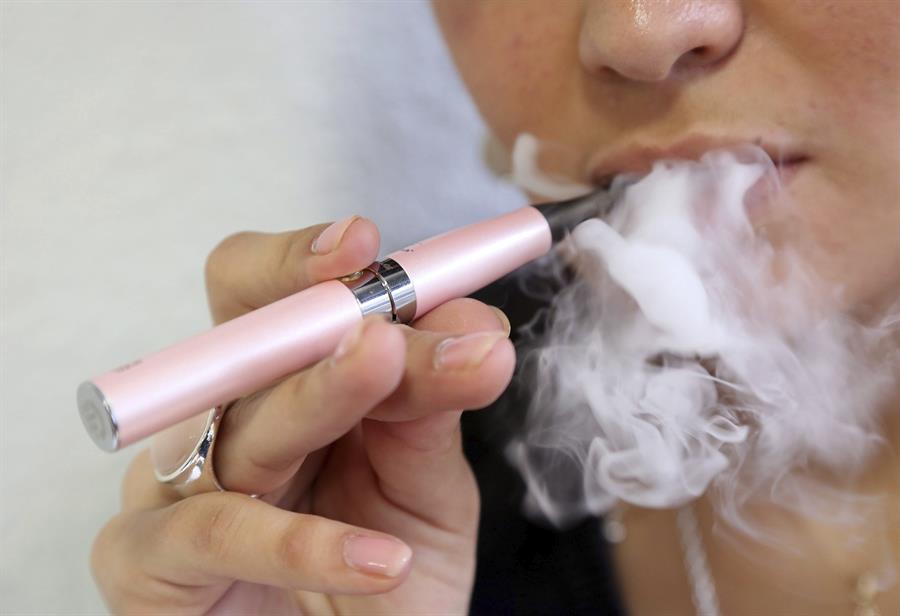 THC, a synthetic form of vitamin E contained in vaping products, is one of the possible causes of lung injuries related to the use of electronic cigarettes – which have affected more than 2,000 people in the US, of whom more than 30 have died.

“For the first time we have detected a potential toxin of concern,” the principal deputy director of the governmental Centers for Disease Control (CDC), Dr Anne Schuchat, told a press conference yesterday.

“These findings provide direct evidence of vitamin E acetate at the primary site of injury within the lungs,” she said, adding that “we are in a better place than we were a few weeks ago in terms of finding a culprit”.

Up to this Thursday, the CDC had confirmed 39 deaths and 2,051 cases of lung afflictions from vaping.

Dr Schuchat warned against ruling out the possibility that other e-cigarette ingredients might also be the culprits in cases of pulmonary ailments.

THC, a synthetic form of vitamin E, is an oil found in many common products – from food to nutrition supplements to skin lotions – and there is no proof of which is harmful when swallowed or applied to the skin.

Problems apparently arise when this compound is inhaled and creates a covering that partly sticks to the lungs.

Researchers have examined samples of fluids taken from the lungs of 29 patients with illnesses related to vaping in 10 different states and found THC in all of those cases.

According to the CDC, they did not find any other oils, vegetable or mineral, in such large amounts.

A study published this week in the JAMA Network medical journal indicated that some 4.1 million high school students in the US and 1.2 million students in the country’s middle schools used electronic cigarettes in 2019.

The survey by the US Food and Drug Administration, cited in JAMA, says that 27.5% of prep school students (one out of every four) and 10.5% of middle schoolers in the country reported this year the use of “one or more” e-cigarettes a month.

Meanwhile, as of last June, 17 states around the country and more than 400 towns had passed laws establishing 21 as the minimum age for buying tobacco.