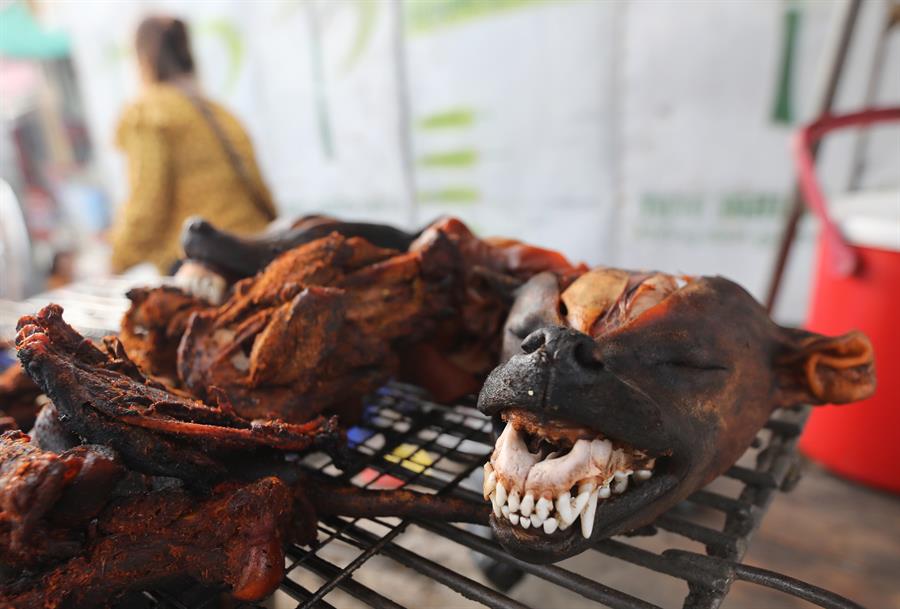 South Korean first lady Kim Keon-hee has urged to bring an end to the consumption of dog meat in the country in a newspaper interview published today.

Kim, who has four dogs and three cats as pets, pointed out South Korea and China were the only countries among big economies where people eat dog meat, according to the Seoul Sinmun newspaper.

“Not consuming dog meat is ultimately an expression of respect for man’s best friend and it also means respect for life,” she said in the interview, her first since conservative president Yoon Suk-yeol took office on May 10.

The first lady expressed her hope the current government would succeed in passing laws to end this practice and also bring regulations that punish animal abuse more severely.

She stressed that South Korea has “the weakest animal protection law” among developed countries.

The consumption of dog meat in South Korea has fallen sharply in recent decades as the number of households that own pets has been increasing.

Surveys in recent years show more than 80% of South Koreans had never tasted dog meat and have no intention of doing so.

Moreover, most large markets selling dog meat have already closed, while the government and different associations have managed to shut down many farms and slaughter houses.

Last year, the previous government set up a joint committee to try and create a “social consensus” on whether or not to ban the consumption of dog meat.

Although most South Koreans have never eaten dog meat, a survey last year revealed only about one-third of the population was in favour of banning its consumption.