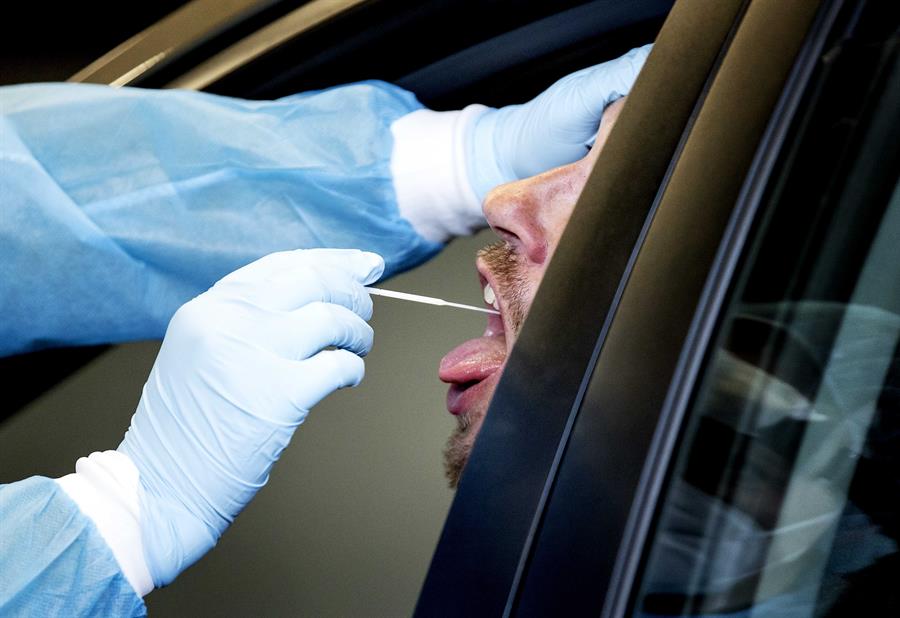 South Korea today announced the development of a PCR test to detect the presence of SARS-CoV-2 virus capable of identifying the five major known variants of the pathogen, including the newly discovered omicron.

The announcement by the Korea Disease Control and Prevention Agency (KDCA) made the Asian country the first in the world to be able to detect the five most common variants (alpha, beta, gamma, delta and omicron) with a single test.

This kit, which was developed through a public-private partnership, will start being used in South Korea from Dec 30 amid a spike in omicron cases, more contagious than the other variants.

KDCA head Jeung Eun-kyeong said in a statement that until now, with current genome sequencing, when a Covid-19 infection was confirmed, it took 3-5 days to determine whether the confirmed case had been infected with the omicron variant.

The new PCR test can quickly detect the omicron variant, and the results of the analysis can be obtained between three and four hours after the person has been tested, Jeung added.

Meanwhile, Australians who received their primary doses of Covid-19 vaccines four months ago can have the booster shots from Jan 4, the government said today – in a significant decision to advance the booster course amid the omicron variant fear.

“The move to reduce the interval between a person’s primary course of vaccination and their booster dose from five months to four months will see approximately 7.5 million Australians eligible for their booster dose as of Jan 4.”

The health minister said the government would further bring forward, as of Jan 31, the interval for eligibility to three months, which will mean that more than 16 million people will be eligible for their booster on Feb 1.

Further, Chinese authorities have castigated 26 people for allegedly being responsible for a Covid-19 outbreak in the central city of Xian, a day after it was put under a strict lockdown, state media reported.

The report did not mention the type of punishment to be levelled against the culprits in the capital of the central Shaanxi province, which has a population of around 13 million.

Between Oct 9 and yesterday, the city known for its famous terracotta army figures had reported 255 locally transmitted coronavirus cases.

From yesterday, the residential complexes in the city have been put in a “closed circuit,” while schools have been shut and all events cancelled, with work from home being mandatory for everyone except health personnel.

City authorities have begun mass testing residents, and just one person per family is allowed to venture out once in two days to buy food and other basic necessities.

Residents have also been urged to not leave Xian unless it is strictly necessary, and those who want to travel outside the city need approval of local authorities as well as a negative PCR test report.

The Xianyang international airport yesterday cancelled all domestic operations, affecting 765 flights, according to the Global Times, which reported that train connections had also been suspended.

Xian is the third Chinese city of over 10 million inhabitants to be put under a complete lockdown since the pandemic was first recognised in early 2020 and the first epicentre, Wuhan, was put under confinement.

The measure was also imposed earlier this year in Shijiazhuang, situated in the northern Hebei province.

In recent days the city has also reported several cases of haemorrhagic fever, a potentially lethal infectious disease which has symptoms similar to Covid-19, such as fever and cough.

China has so far not confirmed any locally transmitted cases of the omicron variant, although infections have been reported among travellers arriving from overseas while they were under mandatory quarantine.

China has employed a “zero tolerance” policy towards coronavirus, which means strict entry controls with up to three weeks of mandatory quarantine and several different tests, apart from mass testing campaigns and targeted lockdowns in areas where outbreaks are detected.