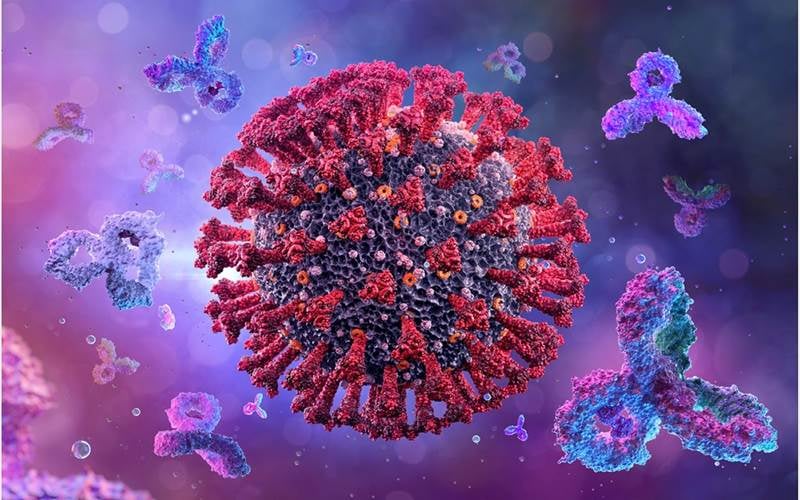 A study carried out in South Africa’s Western Cape region indicates the omicron variant of Covid-19 may be less likely than delta to cause severe illness – even in unvaccinated people.

“In the omicron-driven wave, severe Covid-19 outcomes were reduced mostly due to protection conferred by prior infection and/or vaccination,” the National Institute of Communicable Diseases (NICD) said in a summary of the findings.

“But intrinsically reduced virulence may account for an approximately 25% reduced risk of severe hospitalisation or death compared to delta.”

The results of the study, which is awaiting peer review, are consistent with previous research from various countries showing that omicron – while significantly more contagious – is less lethal in delta.

South Africa, where omicron was first detected, leads the continent with more than 93,000 deaths from Covid-19 and 3.5 million confirmed cases.

NICD scientists compared the case histories of some 11,600 patients from the first three coronavirus waves with those of around 5,100 people who became in the wave that began in November with the emergence of omicron.

Fewer than 30% of eligible South Africans have had both doses of Covid-19 vaccine.

Meanwhile, there’s no fruit, no meat, no cleaning products as shoppers at some supermarkets in the US are encountering empty shelves – as the omicron variant drives another surge in the Covid-19 pandemic, leading to staff shortages and aggravating existing problems with the supply chain.

At one store in Washington, the produce section looks like the aftermath of a hurricane and the meat department has no chicken.

But the shelves at another supermarket just a few kilometres away in the heart of the nation’s capital are well stocked.

The current situation is the result of trends that go back to the early days of the pandemic, noted Katie Denis, vice president of research at the Consumer Brands Association (CBA), which represents companies in the consumer packaged-goods industry.

Supply chain difficulties over the last 22 months have left producer with no margin to deal with “disruptions” such as winter storms or the omicron wave, she said.

Some of those vacancies can be attributed to the phenomenon of millions of people quitting their jobs in what has come to be called the “Great Resignation.”

Figures from the Department of Labor show that in November alone, 4.5 million people voluntarily left their jobs.

Previous pandemic waves have been accompanied by shortages, but they were generally localised and of limited duration, allowing supermarkets to adjust supply and distribution arrangements, noted Patrick Penfield, a professor of supply chain management at Syracuse University.

The omicron variant, however, is “impacting the entire United States all at once. So many US grocery stores and food producers are dealing with employees being out sick, or being asked to quarantine”.

Penfield said supermarkets could be operating normally by the end of next month, provided that “we have no new variant” and no “catastrophic” weather events.

The CBA’s Denis called for action from US political leaders to address the crisis.

In the short term, she said, the government must provide “essential” support to workers in the form of guaranteed access to Covid-19 tests and greater clarity on the question of quarantine.

The US Centers for Disease Control and Prevention recently shortened the length of self-isolation recommended for infected people from 10 days to five, while leaving it up to individuals to decide whether to take another Covid-19 test before returning to work.

Beyond the immediate crisis, “the federal government has a critical role” in boosting transportation capacity and creating ways to detect problems in the supply chain before they result in shortages, Denis said.

In the US, which leads the world in both deaths, 847,000, and confirmed cases, 64.5 million, more than 5.5 million new Covid-19 infections were detected in the last week.