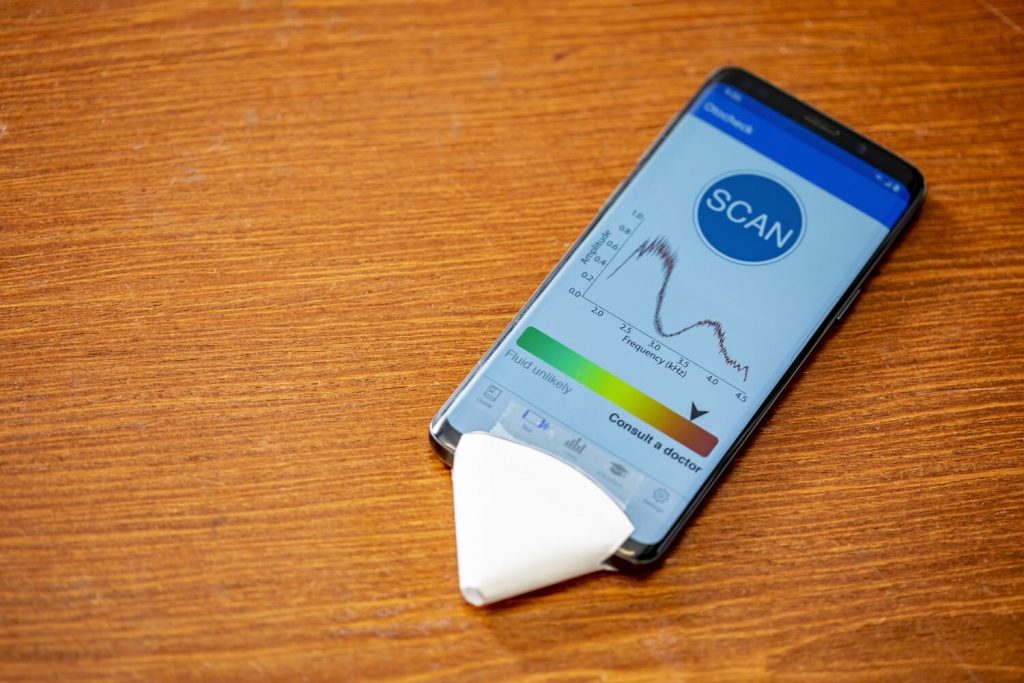 When fluid builds up in the middle ear, behind the eardrum, this can get infected or is just painful and makes it hard for one to hear properly. But short of actually poking a needle through the eardrum to confirm this fluid build-up, it’s difficult to confirm this diagnosis just from vague symptoms like fever or itchiness, or even none at all.

A medical specialist in ear, nose and throat (ENT) maladies usually uses a tool inserted into the ear canal to detect this fluid build-up – and researchers at the University of Washington have reportedly created a new smartphone app which can match the detection rate of ENT specialists.

Best of all, this new app can be used at home – with a paper funnel held close to a smartphone’s microphone and speaker.

The app then uses the speaker to emit a series of soft audible chirps into the ear through the paper funnel and, depending on the way the chirps are reflected back from the eardrum to the phone’s microphone, the app determines the likelihood of fluid present with a probability of detection of 85%, claim the researchers.

“An accurate screening tool on something as ubiquitous as a smartphone can be game changing for parents as well as health care providers in resource limited regions,” said co-author Shyam Gollakota, an associate professor in the university’s Paul G. Allen School of Computer Science & Engineering.

“A key advantage of our technology is that it does not require any additional hardware other than a piece of paper and a software app running on the smartphone.”

To come up with the app algorithm, the researchers conducted tests on children before and after surgeries – after getting the parents’ consents. Happily, many of the children were reported to have responded to the chirps by smiling or laughing.

Once diagnosed, ear infections can be easily treated with observation or antibiotics, and persistent fluid can be monitored or drained by a doctor to relieve symptoms of pain or hearing loss.

This app is expected to be made available for a fee once necessary approvals are obtained from health authorities and the university is also applying for a patent.