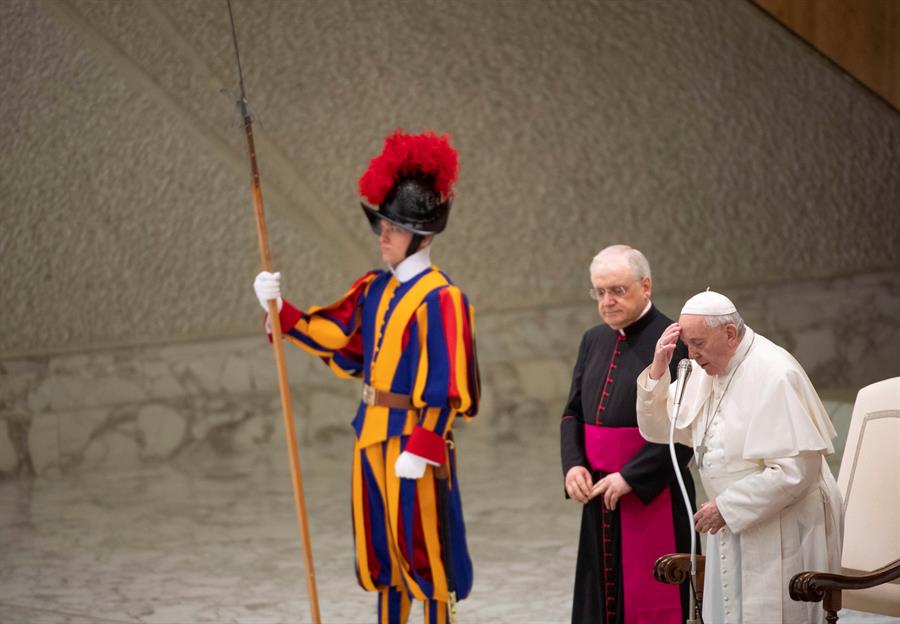 After months of internal debate and controversy, Pope Francis has rejected the ordaining of married men – a measure aimed at ending the shortage of Catholic priests.

Bishops at the Synod of the Amazon held in October approved the proposal to ordain married men as a means to address a shortage of priests in some of the most remote areas on the planet.

But it needed the approval of Pope Francis, who has always been against the abolition of celibacy and has not changed his mind nor even mentioned the issue in his letter Querida Amazonía (Dear Amazon) published today.

Although Francis acknowledged it is necessary for Christian services to reach remote places, in his final chapter An ecclesial dream: to develop a Church with an Amazonian face, he calls for “great missionary proclamation” – adding that indigenous peoples have “a right to hear the Gospel”.

But makes no mention of the aforementioned proposal.

The pope had already told a group of American bishops yesterday that if they expected a historic turn on the issue of celibacy, they would be “disappointed.”

The final document approved by a two-thirds majority, calls for the establishment of criteria “to ordain priests suitable and esteemed men of the community, who have had a fruitful permanent diaconate and receive an adequate formation for the priesthood, having a legitimately constituted and stable family, to sustain the life of the Christian community through the preaching of the Word and the celebration of the sacraments in the most remote areas of the Amazon region.”

But the Pope did not address this and instead urged all bishops to encourage those who “display a missionary vocation” to choose the Amazon region in order to boost the Church’s presence in the Amazon.

The issue of celibacy remains a controversial one within the Catholic church.

In January, Pope Emeritus Benedict XVI and Cardinal Robert Sarah announced the publication of a book on priestly celibacy in which they defend the historic practice, in place since the 11th century.

In an article published today by editorial director of Vatican communications Andrea Tornielli, the piece says “after praying and reflecting, has decided to respond not by foreseeing changes or further possibilities of exceptions from those already provided for by current ecclesiastical discipline, but by asking that the essentials be the starting point.”

In the article, Tornielli acknowledges “this topic has been discussed for a long time and may continue to be discussed in the future.”

In addition to the controversial proposal, the Synod on the Amazon region also called for a greater participation of women in the Church.

But Francis warned against reducing “the Church to her functional structures also does not accept it in this document and justifies it by stating that it is reductive to think that.”

The pope said in so doing women would only be given a greater role if they had access to Holy Orders, the letter said.

The pontiff rejected the clericalisation of women in favour of boosting new “feminine services,” the Vatican service.