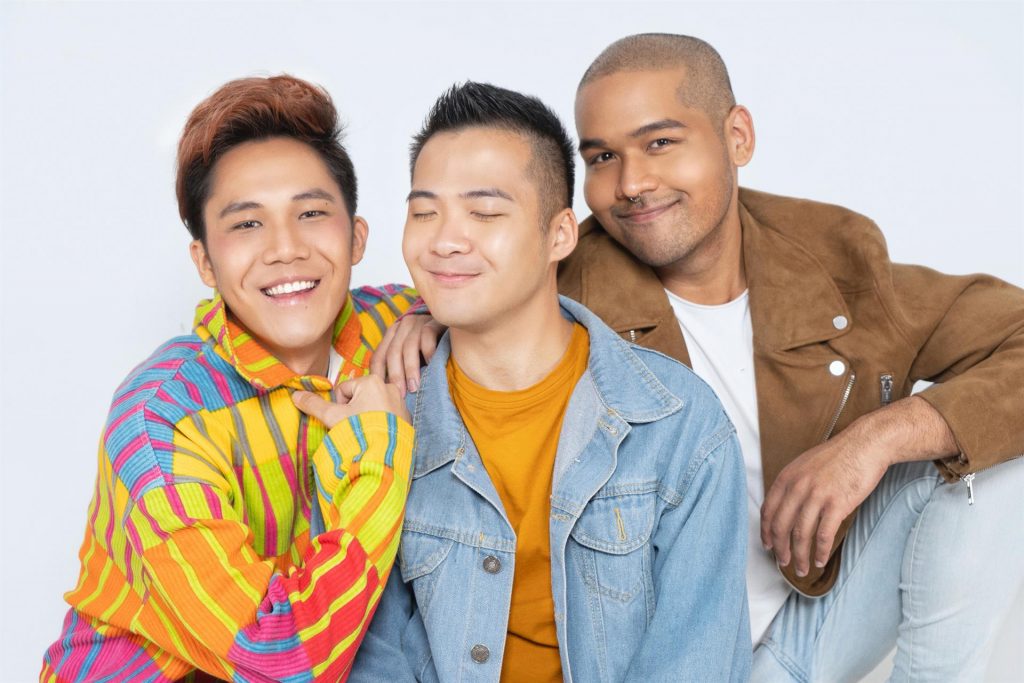 Through stories of personal experiences and interviews with guests, a groundbreaking podcast is trying to “celebrate and stop hiding” the LGBTQ+ community in Singapore – where sex between consenting male adults is still a crime.

With a direct and engaging style, the three hosts of “The SG Boys” discuss everyday issues and bigger global problems while also sharing their own experiences in a country that denies part of its population the “rights and the freedom to love freely”.

Sam Jo is one of the hosts along with Joshua Simon and Kennede Sng, who started the podcast in November last year.

“For me, as long as we can help just one person with every episode that we do, then I’m happy. That’s my goal. It really means a lot to us. As gays in Singapore, we didn’t have it the easiest. We know how much of a struggle it can be.”

Often heralded as “the city of the future,” this tiny, prosperous and technologically advanced Southeast Asian nation still has a number of antiquated colonial-era laws, more than 50 years since it became independent of the British empire.

Among the outdated legislation is section 377A of the Penal Code, which criminalises sexual or “indecent” acts between men, whether in public or private, punishable by a maximum sentence of two years in prison.

The Singaporean government has insisted that it sees no need to abolish or amend the law, while also pledging not to enforce it.

Nevertheless, the legislation still casts a shadow over the lives of gay men in Singapore, which in 2007 lifted penalties against “unnatural sex,” which referred to that between women and non-vaginal sex acts among heterosexual couples.

Simon, who was the main proponent behind creating the podcast, said the project has had a freeing, cathartic effect, allowing him not only to admit he is gay, but that is he proud of it.

“Being gay is only for a short amount of time when I meet someone who is like me and that’s it. The rest of my day is sort of having a ‘normal’ lifestyle, trying to fit in and not stand out,” says Simon, who also works at a radio station.

Last year, during Singapore’s first coronavirus lockdown, Simon called Jo and Sng to pitch the idea of creating “The SG Boys,” where they would discuss pop culture icons such as Britney Spears, interview singers such as Mel C from the Spice Girls and exchange stories about how they came out or times they have felt isolated and alone.

“Singapore mainstream media always portrays gays with negative aspects. We want to celebrate it, not as a protest, but to share and celebrate our stories and that of so many others by telling (…) stories to celebrate and not be hidden anymore,” says Jo, who came out to his parents just one month before the podcast’s first episode.

“The SG Boys” release their episodes, usually twice a month, on platforms such as Spotify, Facebook and Instagram, allowing them to interact directly with people, some of whom still hide their sexual orientation.

“We are privileged to be hosts and be confident enough to talk about it and to find support from each other (…) So many people out there are still terrified to talk about their stories and still hide them from their family,” says Jo, while thanking his co-creators for the mutual support they provide each other.

“Every episode is something new, where we learn from different people, from the community, even ourselves,” says Simon, who adds the podcast has allowed him to “heal.”

Both Simon and Jo point out the lack of gay icons in Singapore and across Asia in general, remarking that the vast majority come from Western countries. In that way, the podcast also helps to pave the way to more openness.

In recent decades, pro-gay rights events, such as Pink Dot, and court cases challenging the unconstitutionality of the law – even though they have been subsequently thrown out by the courts – have contributed to gradually opening up the debate in Singapore.

Meanwhile, in one of the largest former brothels in Bogota, people can now learn how to “pole dance” on the same stage where women used to work for tips from the crowd.

El Castillo, in the Santa Fe district, known for prostitution and drug sales, has transformed itself into a unique venue where sex workers, homeless people, transsexuals or migrants living in the area can attend photography or hairstyling workshops and pole dance classes, or can attend concerts and shows.

Wearing a pleated tulle skirt and a bra, Valentina grabs the pole, lifts her entire body, raises her legs, twists, releases and lands elegantly and sensually on her feet again.

Others – transsexuals or non-binaries like her – try to imitate her on the stage in El Castillo’s main room, which with its galleries (now converted into a museum of the night) and the big bar at the entrance (transformed into a library offering books instead of drinks) leaves little to the imagination.

There is no mistaking what the rooms upstairs were used for, with heart-shaped mirrors on the ceilings, false walls that hide staircases and photos everywhere of people engaging in sexual relations.

Formerly, El Castillo was a nightclub. But after the authorities pulled its licence, it fell into the hands of the Bogota City Hall – which rescued it and converted it into a refuge for the district’s diverse population.

“It’s a laboratory of social innovation that via the arts is seeking economic revitalisation, but also a social transformation of the area … and of the imagination,” said Ana Maria Parra, with the District Art Institute’s (Idartes) Line Art and Memory without Borders.

And perhaps most important, what stands out to people entering the Castillo de las Artes, is that it gives a push to their routine. Polo, an actor who lives on the street, knows that on Mondays and Thursdays he has to quickly go out to sell or collect trash for recycling so he can be back by 3pm for his theatre classes.

His dream was to have a theatre group and perform onstage for the public, and “soon I’ll be finished and we’ll have a group once again”.

Something similar is going on with the members of the Trans Ensemble, who since June – when El Castillo’s monthly programme began – have met to dance and act.

“For us, it’s been like a kind of way out of sex work (into) doing other kinds of activities,” Marcela Agrado, one of the older members of the group, said.

They began with 20 people and each day they have one or two more. Right now, they’re discussing what their next activity will be but they already have some ideas: “We want the show this time to be more campy, more sparkly,” said Samantha, a young non-binary girl.

The building is adjacent to Avenida Caracas, one of the main streets in the Colombian capital, and in front of it stands La Piscina, another big nightclub. Around it are little shops, street vendors, recycling carts and “pagadiarios” – hostels where people who have no money can spend the night.

Marcela said that on El Castillo’s street the same female prostitutes ply their trade, some of them minors who “shouldn’t be doing that,” and on the back street are the others who were not born female and who face much more social violence.

In June, “we took in seven trans girls in different circumstances, mistreated, beaten, attacked, abused,” Marcela said, adding that she knows well what exclusion, mistreatment and indecent treatment at the hands of society and the police means.

Now, she wants to “recover our girls, get them out of their comfort zone and teach them that there are other activities they can do to express themselves as trans women in full freedom of their gender.”