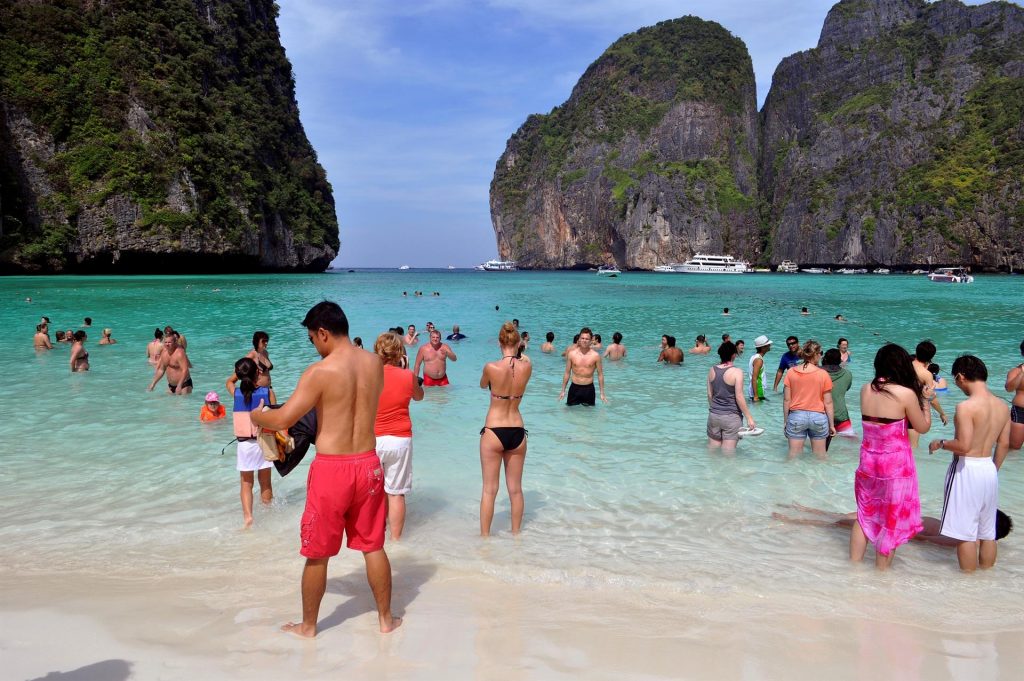 Thai authorities have announced that they would reopen the famous Maya Bay beach – made famous by the 2000 film The Beach starring Leonardo DiCaprio – from January 2022, nearly three years it was shut down in 2018 due to environmental damage caused by mass tourism.

The Maya Bay, situated on Ko Phi Phi in the Andaman Sea, will again serve as a tourist attraction for Thailand – which on Nov 1 reduced the obligatory quarantine period to just one night for travellers vaccinated against Covid-19 from 62 countries.

The Thai environment ministry said on its Facebook page that the number of tourists allowed at the site would be limited to prevent damage to the corals and natural habitat restored during the three years of closure.

Ko Phi Phi, situated between Thailand’s Krabi province and the Phuket island, is one of the most popular tourist destinations in the country, and the closure of Maya Bay had been criticised by the sector.

The white sand beach and turquoise waters are located at an idyllic spot amid karst hills and lush green vegetation.

In 2006, production company 20th Century Fox and others were ordered by the Thai Supreme Court to pay fines for the damage caused to Maya Bay during the shooting of The Beach six years earlier.

Before the pandemic struck, tourism accounted for 12-20% of Thailand’s GDP, and the country attracted nearly 40 million tourists in 2019.

However, Covid-19 restrictions led to the number of arrivals dropping to 6.7 million in 2020, resulting in a major jolt to the sector.

According to official data, Thailand has vaccinated more than half of its population against Covid-19.