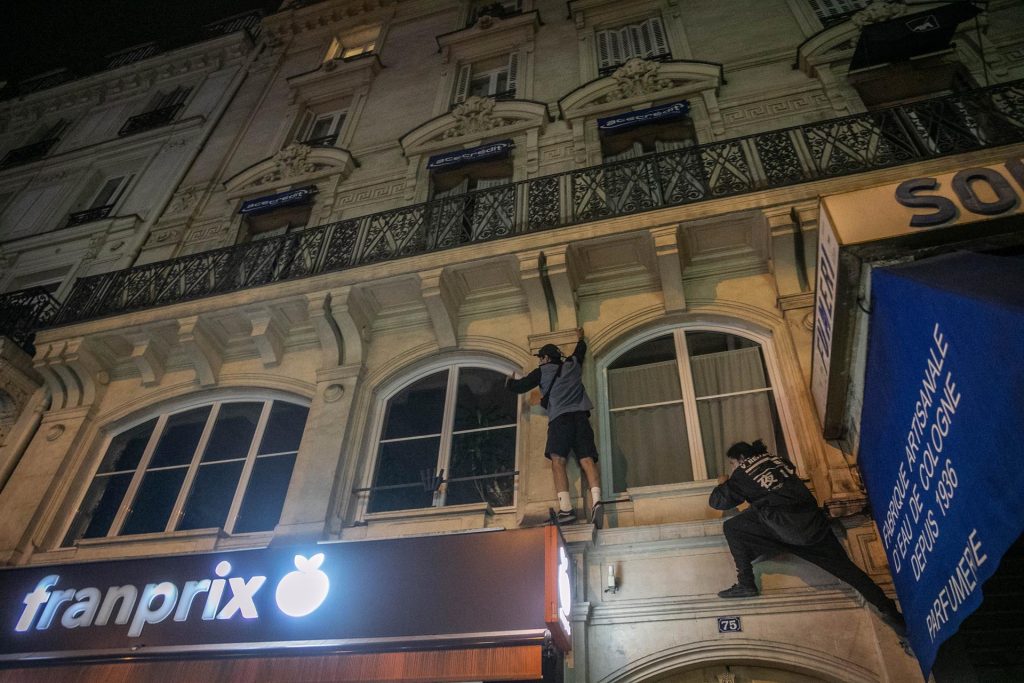 When night falls in Paris, Kevin Ha and his friends jump, climb and swing along the façades of the French capital’s main shops for fun.

But that’s not only all they do – these parkour practitioners’ main aim is to turn off shop lights to save energy.

Agile, flexible and determined, Ha and his friends are members of Lights-off collective, a French-based movement that mixes gymnastic abilities with actions to fight against climate change.

“I am from a generation in which we are used to always seeing the lights on, but I think it is an aberration,” the 30-year-old said while accompanied by four of his friends in their twenties.

After midnight, the movement members called several reporters outside the Lego shop in the Les Halles shopping centre, located a few metres from Paris City Hall, to introduce themselves and get to work.

The group targets a famous footwear shop to turn off the switch attached to the shopfront.

Ha and his friends have been approached on several occasions by the police, who get alarmed when seeing kids climbing façades.

“When we explain to them that the only thing we do is lower the switch so that the law is followed, they leave us alone.”

The French government has just announced measures to strengthen the fight against wasting energy in the wake of Russia’s invasion of Ukraine.

Households, as well private sector businesses, will be fined if they fail to switch off their lights at night.

“The people who see us in the videos, (…) they praise us because they tell us that if it weren’t for us, there would be no one to do it,” he explains.

Umud Christophe Tekinalp, 20, climbs a facade in Reaumur-Sebastopol to turn off the lights of a supermarket shop window by hitting the switch with his left foot.

“He has climbed about 4m,” says the rest of the group.

“When I was younger, a teenager, I played video games a lot, and over time, I realised that everything I saw in them, climbing without equipment, was possible in real life,” Tekinalp points out.

With skateboard in hand and cap turned backwards, Tekinalp maintains an enviable figure, like the rest of his colleagues.

“We do at least an hour of physical work a day (sit-ups, push-ups) and we are careful about what we eat, opting for protein and fibre products,” he concludes.