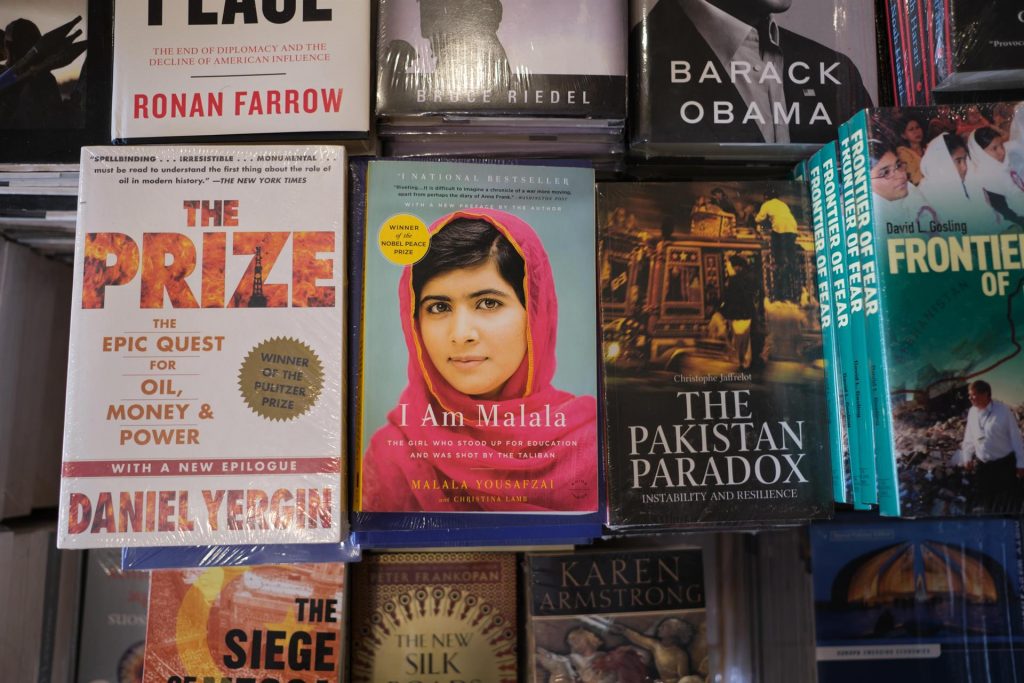 An apparent candid remark by Pakistani Noble Peace laureate Malala Yousafzai – questioning the need to get married – has triggered a storm in the country.

The controversial statement which triggered a backlash against the young activist was even discussed in a provincial assembly.

“I still do not understand why people have to get married. If you want to have a person in your life, why do you have to sign marriage papers, why cannot it just be a partnership?” the 23-year-old said in an interview in Vogue magazine.

The Oxford graduate in philosophy, political science, and economy faced a barrage of criticism on Pakistani social media while clerics also demanded explanations from her.

“I am angry with the Taliban that they did not hit (her) properly,” tweeted user Arif Shahzad, referring to a gunshot to the head that Malala received in 2015 during an assassination attempt for her advocacy of girls’ education.

“The media and social media have shared the excerpt of her interview out of context and according to their own interpretations. And that’s it,” Ziauddin tweeted in response.

However, the furore has not stopped, and on Friday the activist’s statement was discussed in the provincial assembly of Khyber Pakhtunkhwa province, where Malala’s native city is situated.

The House sought an explanation from her. “She (Malala) should clarify if she has not made that statement,” lawmaker Sahibzada Sanaullah told the House.

Unless Malala published a clarification renouncing the stand, Sanaullah said he would present a resolution against her in the provincial assembly.

“She can’t talk of having a partnership as it’s against Islam and against the Pashtun traditions,” said the lawmaker.

Another lawmaker Inayatullah Khan said the global icon should respect the values of Pashtuns, the ethnic community she belongs to, and Islam.

Such a response is not surprising in Pakistan, a highly patriarchal society that figures among the worst countries for women.

Falling in love with someone can cost one their life in the so-called honour killings.

Forced marriages are common in a country that ranks 153rd out of 156 in the gender gap index of the World Economic Forum.

Feminist activists have spent years trying in vain to ban marriages before the age of 18, the current legal age is 16, and bring laws against domestic violence amid stiff resistance from Islamists.

“Your paths in life are set. You are to mindlessly go to school, get grades better than your cousin, get a job that drains you, get married to either a stranger or a cousin, have at least two kids,” journalist Aimun Faisal wrote in a scathing critique of the Pakistani society in the Dawn newspaper.

He said Malala’s statement was bound to cause outrage in such a system.

“This (…) is only a small example of our national problem with Malala. She has the strength to go against convention and the audacity to be universally loved,” Faisal wrote.

Universally, that is, except Pakistan.

In her country of origin, which she was forced to leave after the attack, the activist has been vilified by many for allegedly harming Pakistan’s image or working for the American spy agency apart from other similar theories.

“Not only do we feel threatened by her courage, we also resent that it is celebrated (in the rest of the world,” concluded the Dawn article.

He added that the hate towards the Muslim community “needs to be countered holistically by the international community,” repeating an issue he has often raised since assuming office in 2018.

“This is an act of terror rooted in unspeakable hatred & Islamophobia,” he said on Twitter.

The Pakistani embassy in Canada said in a statement the attacked Muslim family was of Pakistani origin.

The attack took place on Sunday night in London, a city of 500,000 residents situated around 200km southwest of Toronto, when the accused Nathaniel Veltman drove into five members of a family on a sidewalk.

After running over the family at a high speed, the vehicle sped away from the scene.

A 74-year-old woman, a 46-year-old man, another woman aged 44 and a 15-year-old girl were killed in the incident. The fifth victim, a 9-year-old boy, remains hospitalized with serious injuries. The police has not released the identities of the victims.

London’s police chief Steve Williams said “the victims were targeted because of their Islamic faith.”

“To the Muslim community in London and to Muslims across the country, know that we stand with you. Islamophobia has no place in any of our communities,” he tweeted.