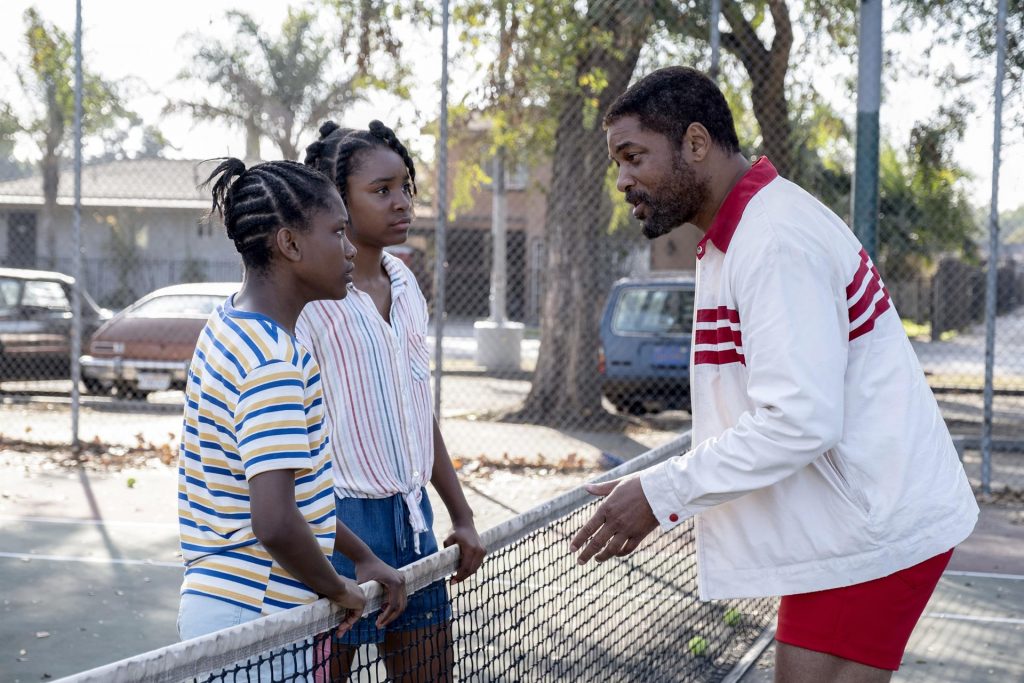 Will Smith is sparking lots of Oscar conversation for his performance in King Richard, a biopic directed by Reinaldo Marcus Green that focuses on the father and coach of African-American tennis greats Serena and Venus Williams.

Although the next group of Academy Award nominees will not be announced until early next year, the 53-year-old former best-actor Oscar nominee for Ali and The Pursuit of Happyness is now the clear favourite on online betting websites.

King Richard, released at cinemas and on the HBO Max streaming service yesterday, is centred on Richard Williams’ ambitious plan to guide his daughters from the mean streets of Compton, a crime- and poverty-ridden suburb of Los Angeles, to the pinnacle of women’s professional tennis.

“It was an opportunity to show a side of the Williams family that we don’t know,” Green said on a video call. “We know Venus and Serena to be two of the greatest athletes of all time. But what else? How did they get there?”

Green, who is best known for his 2018 film Monsters and Men and currently is working on a Bob Marley biopic, said of a film whose executive producers include the two tennis superstars.

King Richard shows a father who is convinced of his daughters’ unique talents and determined not to let anyone or anything get in their way.

The film shows the Williams sisters bursting onto a tennis scene that was largely the domain of wealthy, white families in the 1990s, taking their remarkable story as a starting point for examining racial inequality and discrimination in the US.

Richard Williams was above all a father who loved his daughters and devoted countless hours of his time to developing their tennis games, Green said, though also acknowledging he had an unorthodox approach that some people may find controversial.

“To me, it’s focusing on black joy and black excellence,” the director said. “The Williams family saw all of those challenges (in their lives) as opportunities.

“Growing up in Compton … they (said) if I can grow up here I can make it anywhere. And they used those things as strengths. They used it in their game, they used it to their advantage. They didn’t pity themselves at all. They really truly embraced being from where they are, and I love that.”

Green noted he came from a similar background as a Afro-Puerto Rican growing up in the New York City borough of the Bronx.

Although Green’s biggest sporting passion is baseball and King Richard revolves around tennis, the director used a basketball metaphor to describe Will Smith’s dual role as the film’s lead actor and co-producer.

“I’d liken him to a LeBron James who not only can dunk and score 40 but can also pass the ball. And watching Will pass the ball was as exciting as watching him dunk in this movie for me. I couldn’t ask for a better collaborator. He’s such a gentleman,” the director said, noting that Smith would remain on set after his takes to help out in any way he could.