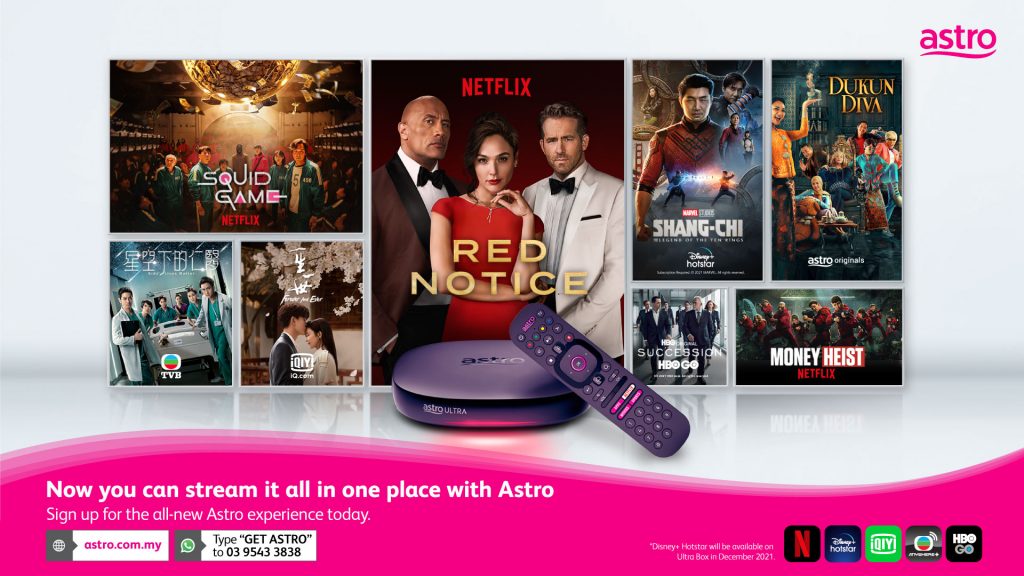 He said Astro is also aiming to activate the Disney Hotstar+ app on the Ultra Box by year-end, with the aim of adding more content apps over the next few months.

The Ultra Box, which can be delivered to homes with a RM39 activation fee for self-install or RM99 for home installations, is a step up from the satellite dish-based broadcast as it can be plugged into any Internet service. Together with the soon-to-be-introduced Ulti decoder, this facility is available for Peninsular Malaysia and to be extended to East Malaysia in the coming months.

Further with this Netflix launch, Astro is revising its bundled packages with discounted rates for customers who opt for longer commitments of 24 months, while retaining its 12-month or monthly subscription packages.