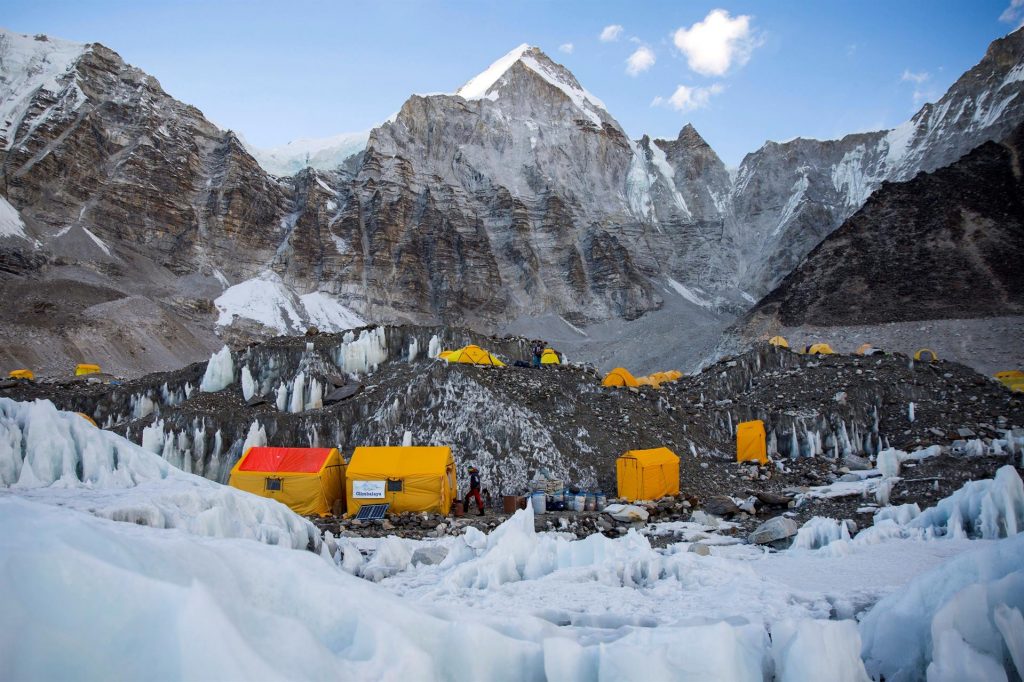 The tourism department has imposed a quota system yesterday – on a first-come, first-ascent basis to reduce the number of permits issued for Everest.

Accordingly, a specified number of mountaineers – based on the permit numbers issued earlier – would be allowed to climb the peak in the first “weather window” after the ropes and ladders are in place.

More climbers will be allowed in the second weather window that will continue until the conditions are favourable.

“But in case if this plan does not work, the expedition outfitters have been given the flexibility to coordinate themselves and organise the climb. But the numbers should not exceed 170 individuals a day,” the new guidelines state.

According to Guinness World Records, the highest number of 354 people reached Everest in a single day on 23 May 2019.

Some 212 climbers had reached the peak from the Nepal side. It is considerably more than the previous record of 266 people on 19 May 2013.

Tourism director Mira Acharya said the authorities are expecting an estimated 400 climbers. “So, we have issued a slew of measures to control the crowd this year.”

Acharya said if it did not control the crowd, the authorities would come up with stricter measures next year.

In 2019, the Nepal government issued 381 Everest climbing permits – a record number so far – leading to human traffic jams on the icy route to the top of the world. Ten people died on Nepal’s side, the highest death toll since 2015.

According to the department, it has issued climbing permits for 377 individuals. With each climber hiring a guide, the expedition outfitters said Everest might see the rush of more than 800 people this year, triggering fears of another crowd.

Dambar Parajuli, president of Expedition Operators Association, appreciated the new guidelines but doubted if they were implementable.

“The influx of climbers is manageable as long as the weather is good. In a situation where Everest opens for less than a week, it causes havoc.

“Everyone wants to climb anyhow because they pay for it. The money is non-refundable. But let’s see if this plan works this year.”

Acharya said they have issued Covid-19 safety measures on Everest base camp and fixed demarcations with ropes.

Acharya said only dining was allowed for sharing but with a limited number of people.

Similarly, climbers representing one group are not allowed to meet with another at the base camp. The acclimatisation will be on a rotation basis.