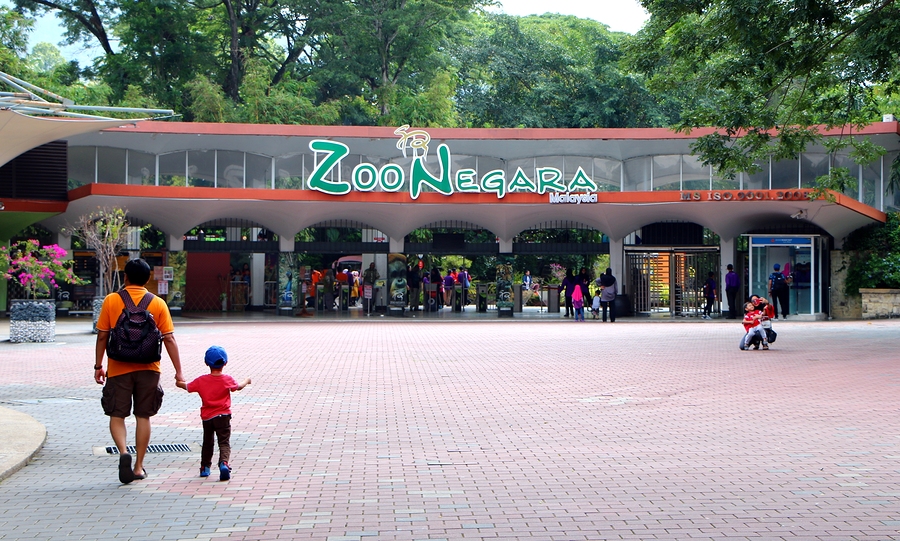 The Malaysian Association of Zoological Parks and Aquaria (MAZPA) is appealing to the government to consider the plight of private zoos, and to provide aid which would enable them to continue surviving to look after the welfare of their wildlife.

Its vice-president Gerard Wong Woon See said if these zoos were not given aid during current difficult times, they may find it difficult to continue operating.

“Wildlife (care) is in the list of essential services during the Movement Control Order (MCO) period, enabling zoological parks to continue caring for them.

“The wildlife have to be fed and managed by workers during the usual working hours. The private zoological parks will continue to give the best service for their care even in times of crisis but the remaining funds are very limited,” he said in a statement.

He added that MAZPA was very worried about its members, especially private zoological parks – some of which have been operating for more than 30 years.

The parks which have been badly affected are the Penang Bird Park; Penang Entopia by the Penang Butterfly Farm; Langkawi Widllife Park; Selangor Farm In The City; Selangor KL Tower Mini Zoo; A Famosa Safari Wonderland; Melaka Butterfly and Reptile Park; and the Melaka Crocodile and Recreation Park.

Wong said many of the private zoological parks were involved in wildlife research, breeding and conservation efforts, and a huge amount of money was spent on building laboratories, conducting research, employing and training laboratory staff, veterinarians and zoologists.

He added that the zoological parks also worked with the Wildlife and National Parks Department (Perhilitan) in efforts to care for the wildlife and share critical information on conservation programmes involving species which are nearing extinction in Malaysia.

“For instance, the A Famosa Safari Wonderland which has 19 Malayan Tigers’ is an important partner in the effort to preserve the gene pool of the species.”

In SANDAKAN, the Sepilok Orangutan Rehabilitation Centre leaves no stone unturned in its efforts to ensure the orangutans there are well fed and healthy during the ongoing MCO period.

The team of caretakers, reduced by half the number for the MCO period from the original 50, remains committed to the daunting task of ensuring the wellbeing and safety of the over 40 orangutans.

“The orangutans are being looked after by our dedicated in-house veterinarians and keepers. The number of staff has been reduced, but I must say that the amount of work is still the same.” said Sylvia Alsisto, the manager of the centre.

Besides taking care of the great apes, the staff has to ensure that none of the animals contracts Covid-19 during the current pandemic that is ravaging the world.

As a precaution, the centre is closed to visitors during the MCO period.

Alsisto said the team on duty during the closure of the centre is split into two groups and take turns to carry out the daily tasks, during the day and at night, while each of the two in-house veterinarians works on alternate days.

She said the orangutans are omnivores and feed on more than 300 species of plants, wild fruits, barks and insects.

At Sepilok, however, they are given a varied diet of local fruits and vegetables, she said.

“We have sufficient supply of food for the orangutans, with the exception of certain local fruits such as papaya and guava because our suppliers come from as far as Lahad Datu and there is a travel restriction between districts during the MCO.

“Nevertheless, we are still able to source or get food from suppliers in Sandakan, and Sepilok already placed an order three months ahead on milk supply.”

Alsisto said the orangutans are given quality food, vitamins and supplements and regular health checks and blood tests are conducted to ensure they remain in good health.

She also said the centre places great emphasis on sanitisation, which has been in practice even before the MCO was enforced, with a huge budget for quality disinfectants including hand sanitisers.

“Sepilok started implementing the need for personal protective equipment (PPE) in 2012, meaning we have foot and (vehicle) tyre baths as well as hand sanitisers for visitors to disinfect their hands before entering the centre.

“All staff, interns, volunteers, contractors, film crew and photographers are required to produce a medical health status in order to carry out work at the centre.”

Once the Covid-19 pandemic broke out, Alsisto said, the centre immediately took the initiative to sanitise all its tourist facilities and started giving masks to visitors.

“With regard to the PPE, it is important to stress how Sepilok has taken orangutan welfare as its top priority while allowing eco-tourism to thrive.

“I hope this sheds light for those who have attacked us on how we do things at the centre, to show that our priority stands for orangutans as these animals are our ambassadors for conservation,” she stressed.

Meanwhile, Orangutan Appeal UK (OAUK) founder and chairman Datuk Susan Sheward praised the staff at the Sepilok Orangutan Rehabilitation Centre for their dedication in giving the highest level of care to the orangutans at the centre, particularly the orphans, during this crucial time.

She said a supervisor of OAUK is stationed at the centre to assist the staff there to keep life as normal as possible for the orangutans.

“We will do all we can to ensure the orphans are able to continue their learning and rehabilitation and receive the best care possible.”

The centre is owned and run by the Sabah government through the Sabah Wildlife Department from which it receives continuous financial allocation.

It also receives additional funding from the visitors entrance fees and non-government organisations such as OAUK to improve the equipment and facilities at the centre.

The centre has also been allocated a part of the RM15 million set aside this year that Sabah Wildlife Department director Augustine Tuuga said could help the state government implement the Orangutan Sabah Action Plan 2020-2030, which encompasses carrying out studies on orangutan population, enforcement and awareness programmes.

The main threat to the orangutan, declared as a critically endangered species, is deforestation.