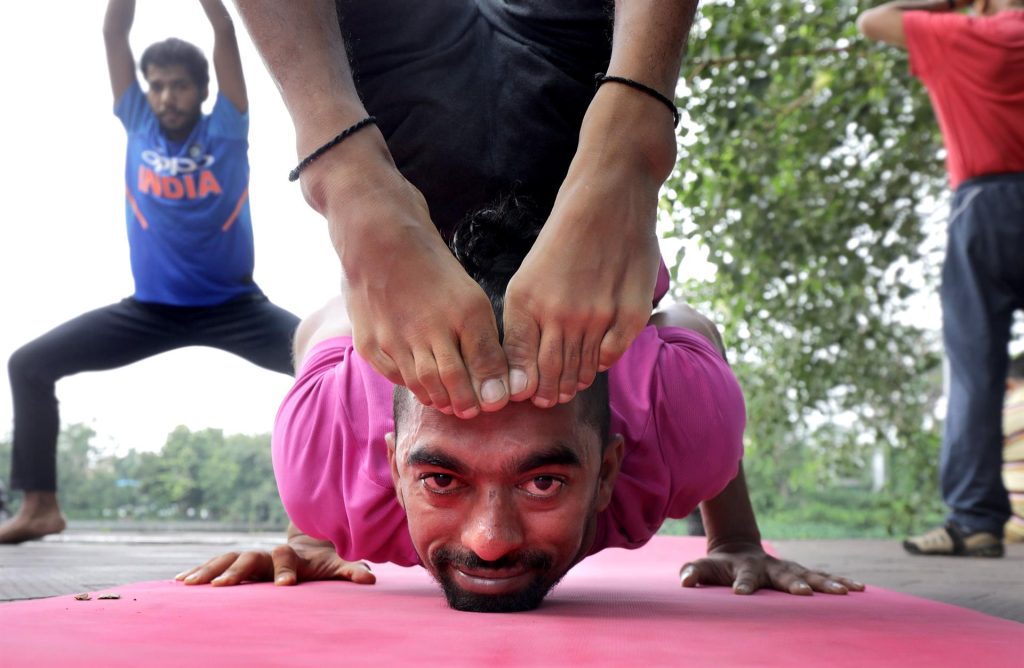 Millions of Indians spread their mats out in the open today to commemorate the seventh International Yoga Day – reviving a widespread observance of the annual tradition that had been curtailed in the previous two years, owing to the Covid-19 outbreak.

Prime minister Narendra Modi, a long-time practitioner and supporter of yoga, joined the nation in commemorating the occasion.

Thousands of fitness buffs practiced breathing exercises and stretched their bodies in the open, following a traditional Indian physical, mental, and spiritual practice.

The day is celebrated every June 21 since 2014 when it was established in a UN resolution, after being proposed by India. The theme of the day for this year is “Yoga for humanity”.

“This might feel an extreme thought to someone, but our Indian sages have answered this with a simple mantra: What it is in the body it is in the universe.”

Modi performed various postures or “asanas” with the crowd.

The prime minister explained that yoga “starts with self-awareness and proceeds to awareness of the world”.

“When we become aware of ourselves and our world, we begin to spot things that need to be changed, both in ourselves and in the world,” said the Hindu nationalist leader who has promoted this practice on the biggest stages.

During the peak of the epidemic, India promoted yoga as a technique to counteract the coronavirus’ physical and mental effects.

Individual lifestyle issues or global concerns like climate change and international conflicts, according to the prime minister, might be the source of people’s troubles.

“Yoga makes us aware, competent, and compassionate with these challenges,” he stressed.

On board navy ships and aircraft carriers, members of the Indian armed services commemorated the day on open grounds.

The UN declared the International Day of Yoga, which was sponsored by India and supported by 175 nations, to promote worldwide awareness of the discipline’s various advantages.

Yoga, an ancient oriental practice, has its roots in the Vedas that date back to 1500 BC and serve as the foundation of Hinduism.