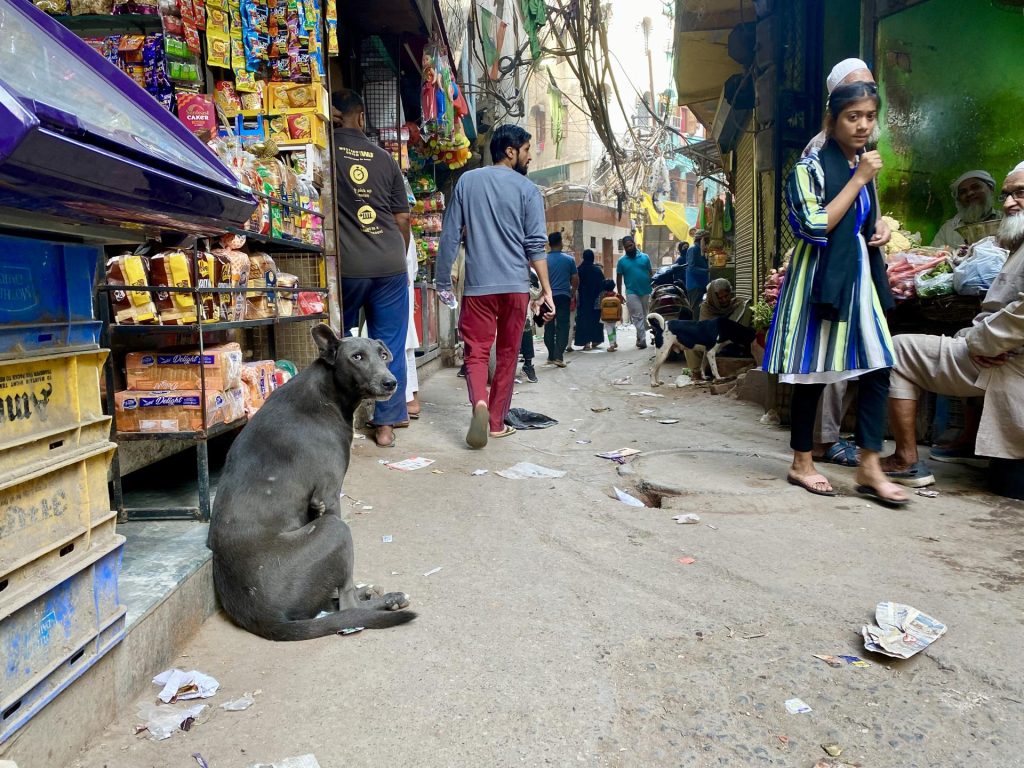 Before going to sleep, Ranjit G – the driver of a family in a New Delhi neighbourhood – places an “anti-dog” device: a mesh with spikes on the roofs of cars, to prevent vehicles from being overrun by street dogs, whose numbers have been rapidly on the rise.

India has the largest population of stray dogs in the world at 62 million, followed by China with 20 million, according to the Pet Homelessness Index (PHI), released by the American multinational Mars Pet Care.

Around the end of October, the death of a seven-month-old baby – whose intestines were torn apart by a stray dog attack in the city of Noida, bordering the national capital – brought the focus on these animals fighting for food and territory in this south Asian country.

According to official data, 1.4 million dog attacks have been recorded in the first six months of the year.

During the pandemic lockdown, the figures were even higher at 7.2 million in 2019 and 4.6 million in 2020, coinciding with a time when less food was available on the streets as people mostly remained confined indoors.

The Ministry of Fisheries and Animal Husbandry presented these figures before Parliament in July, assuring the Animal Welfare Board of India was taking action to reduce the “human-animal conflict.”

With such a large number of stray dogs, India could be fighting a losing fight against rabies, especially with only 15% of its total dog population vaccinated against the disease, in a country that alone accounts for 36% of the world’s rabies deaths (about 20,000 per year), according to the World Health Organisation.

However, the continuing debate on animal compassion has made it difficult to take effective measures in this regard – as animal activists rush to defend the stray dogs’ right to roam the streets, and no means to find them a home.

At night, when the densely populated streets become empty and all shops shut down, these strays roam around with greater authority – safeguarding their territories, especially where they find food.

Ranjit G showed bite marks on his legs from several encounters with these dogs, who end up owning the streets of the Indian capital once it has gone to sleep.

Dog attacks may be may be linked to many causes – such as territoriality, sense of threat, competition, self defence, food, or even the search for a mate.

“By nature dogs bark at strangers, or chase them. Dogs on the street will also do that, especially in areas where they feed regularly, so they defend that territory,” explained Indian biologist Abi Tamim Vana, who studies the competition posed by domesticated dogs in this ecosystem.

This territorial protection is triggered by hungry dogs fighting for the limited food available, who gang up on the streets to increase their ability to control spaces, Vana underlined.

India uses the term “community dogs” to refer to homeless canines that have settled in a territory, having found there a source of food or shelter.

Over the last two months, several courts in the country have dealt with cases of stray dogs, given the growing concern about attacks. Courts in the states of Maharashtra, Punjab and Haryana have issued orders to check or ban the feeding of stray dogs.

While for Vana this is a necessary step, activist Gauri Maulekhi has gone to the supreme court to challenge these rulings on grounds of animal cruelty.

“We have to deal with the issue of street dogs in a scientific way,” admitted Maulekhi, advocating “reproduction control” procedures or “sterilisation” of these animals and returning them to the streets as the only way to address the situation in India.

An animal welfare law dating back to 2002 has made it illegal to remove dogs from the street or kill them, even if they pose a potential risk.

India is in fact “the only country in the world that prevents euthanasia of dogs with rabies,” Vana said.