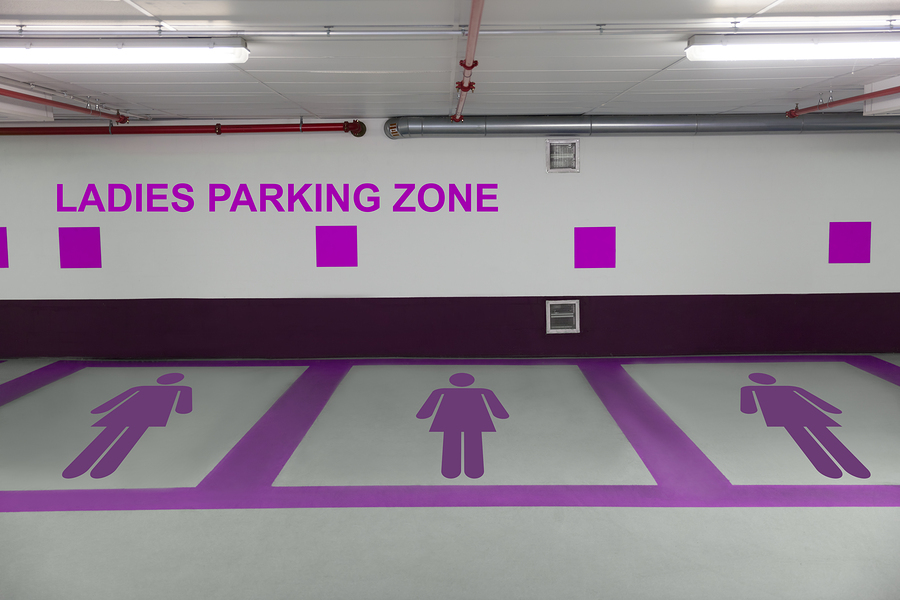 Single women or women travelling with young children are often at risk of being the victim of crimes in mall carparks. Their safety is the reason why many malls today have allotted special parking lots for women – which are nearer to the entrance of malls.

Unfortunately, this facility is often abused by men as well as women travelling with adult companions.

As a result, this facility which was supposed to bring safety and relief to these women have in some cases, become a source of their anxiety.

Homemaker Siti Mahziyatul Abdullah, 37, says the facility is a much-needed one for her as she often goes to the mall alone or with her three-year-old child.

She says that before such parking lots were available, she would inevitably feel nervous when unpacking the stroller and strapping her child in or when loading her groceries into her car.

Like many other women travelling alone or with small children, she was afraid that if she was not in a state of constant vigilance, it would make her a susceptible target for crimes.

The designated parking lots for single women, therefore, initially brought her reprieve from such worries. However, she now finds it difficult to find such parking spaces even though the facility was made available at the carpark, as they are usually taken up by others.

“Often men would purposely park in the area. When I confront them, some would simply ignore me while others would even yell at me.

“Once, I confronted a man who was with his wife and had parked their car in the (ladies’) parking lot next to mine. Afterwards, I found my tyres punctured,” she said, adding that the man showed little remorse for his actions.

Siti Mahziyatul is disappointed that some malls do not monitor such areas for abuse or control the access into such parking lots, such as by putting in removable barriers.

Designated parking lots for single lady drivers were introduced in malls in 2012 and soon after, business and office premises started following suit.

Sadly, there is still little public awareness on the importance of the facility in ensuring the safety of women that if such areas were not monitored or barricaded, it would be open to abuse.

The Road Safety Marshal Club president K. Balasupramaniam said such designated parking lots were a form of acknowledgement of the importance of keeping women safe against criminal attacks.

“However, many are still making light of this issue. Some malls simply provide such parking spaces but do not provide safeguards against abuse such as barriers, CCTVs (closed-circuit television cameras) or assigning guards to monitor the area.”

He said the facility was meant for women who were by themselves or mothers who have small children with them.

“Majority of mall-goers are women, so how do we decide who gets priority over the ‘ladies’ parking” spots?

“If we look at the logic, women who are alone and struggling with their young kids are more at risk of being targeted by criminals than adult women who are able to quickly make their escape if pursued.”

“There is no clear criteria for who should be allowed to park at such facilities. Some malls allow only women who are travelling alone, while others allow a lady driver and one female passenger.

“Yet others allow more than three female occupants per car to enter into the women’s parking lot.”

Besides that, only certain parking lots had a security guard close by, equipped CCTV cameras or fenced in such areas, she said.

Sumitra added that the CCTV cameras, if present, needed to be in good condition so that the footage would be clear. The cameras should also be placed in strategic areas so that it would cover blind spots.

The president and founder of not-for-profit organisation WOMEN:girls Low Ngai Yuen believes safety at mall parking lots should not only be for women but everyone else as well.

Aside from designated parking lots for women and Persons with Disabilities (PWDs), malls should also provide special parking lots for those picking up and dropping off PWDs, senior citizens and those with strollers.

“When senior citizens take their time to disembark or alight a vehicle, those waiting behind tend to get impatient and honk their vehicles, causing the elderly to become anxious.

“This makes them susceptible to those (criminals) who are watching them from a distance, waiting to take advantage of the situation,” she explained.

Mall management should always ensure that its entire premises are safe for the public at all times, she said.

Low, a mother of four, believed that parents with small children were also often at risk as they were constantly struggling to manage their children in parking lots.

“I hope malls can put up signs to indicate to drivers to slow down and be considerate, or put barriers, in parking lots where there is a higher risk of accidents or crimes happening.

“Safety is a basic necessity that everyone should take seriously. In these situations, the mall management is responsible in keeping every corner of their premises safe and secure for mall-goers.”