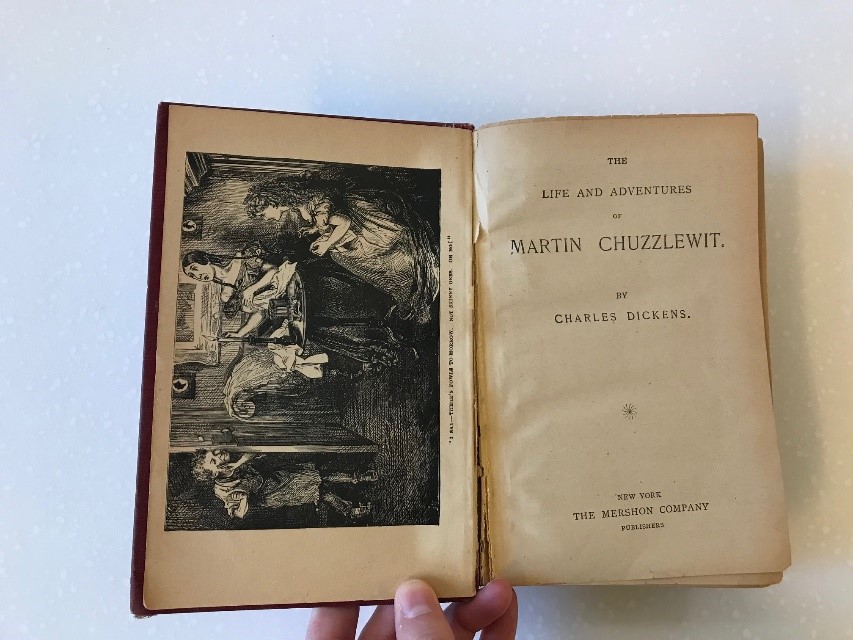 A library in the Canadian town of Fergus in Ontario province has had a really old book returned – believed to be possibly over 100 years overdue.

In a Facebook post, the Fergus library said a copy of Martin Chuzzlewit by Charles Dickens was recently dropped into the book return bin by an anonymous person.

“The publication date is between 1897 and 1906, so it likely belonged to the original Fergus Carnegie Library when it opened back in 1911.”

No one knows exactly when the book was checked out. “We’re guessing from 100 to maybe 50 years ago,” chief librarian Rebecca Hine said.

Staff believe it’s from the original collection, when the library opened in the early 1900s, reported CTV News.

“Right on the name plate in the book, it does say two cents a day,” Hine said. “I did a little bit of research and it looks like probably around 1940 that was the going rate.”

These days, fines don’t exceed C$5. But at two cents a day since 1941, the remorseful returner could face of fine of about C$580.

Given the age of the book, it is likely to be worth far more if it’s put up for auction to collectors.

Staff have no idea who dropped the book off as the library has multiple drop-off locations and books need to quarantine due to Covid-19 protocols.

Library officials say whoever dropped it off won’t be charged the late fee. “Lots of us book nerds think it’s really neat to have an old book like that around and imagine who has read it,” Maki said.

Staff said it’s not in the best shape, but it will be put on display to show off the library’s long history.