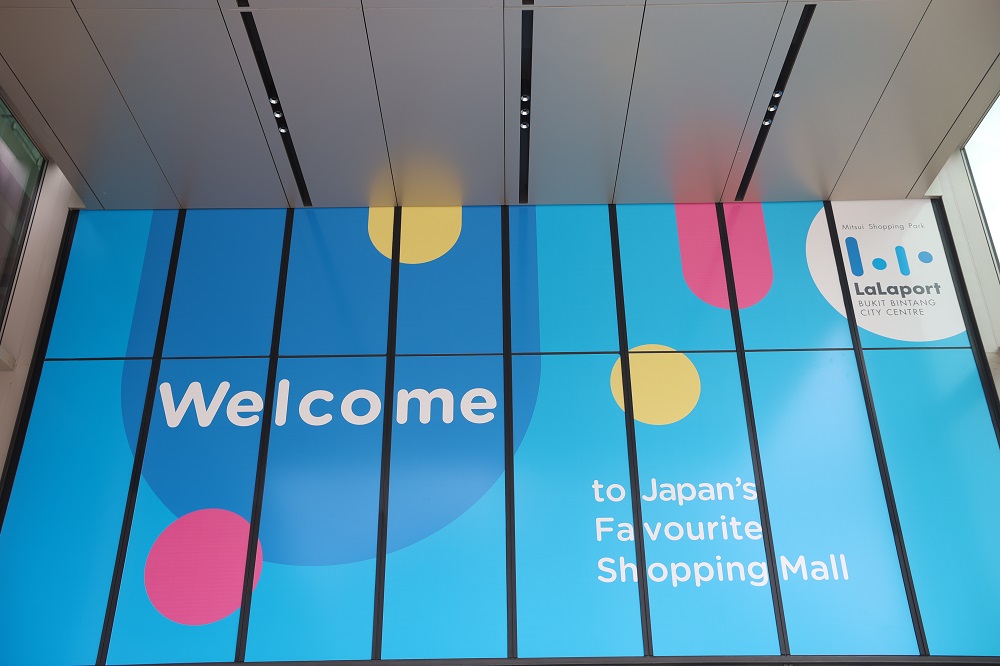 The first phase of redevelopment at the former Pudu Jail site has been completed with the official opening of the LaLaport Mitsui Shopping Park at Bukit Bintang City Centre on Jan 20.

While many of the outlets are still in various stages of operations, the excitement is palpable as the project’s developers have completely revitalised what used to be an eyesore in the capital city centre.

This mall is larger than many of Mitsui Fudosan Co Ltd’s outlets within Japan and its first regional retail facility in Southeast Asia and also the second after its Shanghai venture. The firm is also the operator of the Mitsui Outlet Park near KLIA. Featuring around 400 stores, the tenant mix will have numerous well-known brands from Japan that are making their first appearances in Malaysia – becoming a poster child for the new Japanese-based lifestyle, enabling the local community to “live, work, play and gather”.

Among the Japanese brands making their way to LaLaport mall are Nitori, Nojima, Coo&Riku pet store  and Jonetz by Don Don Donki, plus the first ever Star Child, a nursery school that incorporates Japanese-style childcare and intellectual education.

Beyond retail outlets, LaLaport is also going beyond local cuisine to feature Shin’Labo, Marta’s Kitchen, Buena Brasa Gastropub, DonQ/Mini One, Matcha Eight, Yakiniku Sizzle by YakiniQuest – part of the “Gourmet Street” dining concept on the ground floor, apart from the ‘Depachika Marche’ takeaway dining convenience at the basement floor and a food court on Level 4 that boasts a 1,400-seating capacity.

As one of the largest malls within Kuala Lumpur, LaLaport also embraces the city lifestyle with a 1,700sqm rooftop garden surrounded by greenery and trees for a panoramic view of the cityscape and skyscrapers. The only other mall with a similar rooftop garden concept in Malaysia is the Toppen Mall in Johor Bharu.

For entertainment, there will be a 2,500-seating capacity Zeppconcert hall plus new movie experiences from Golden Screen Cinemas.

Access to LaLaport mall is convenient via LRT (Hang Tuah monorel station) and walking distance from the Bukit Bintang MRT station. For those who prefer to drive, there are 2,400 basement parking lots available.