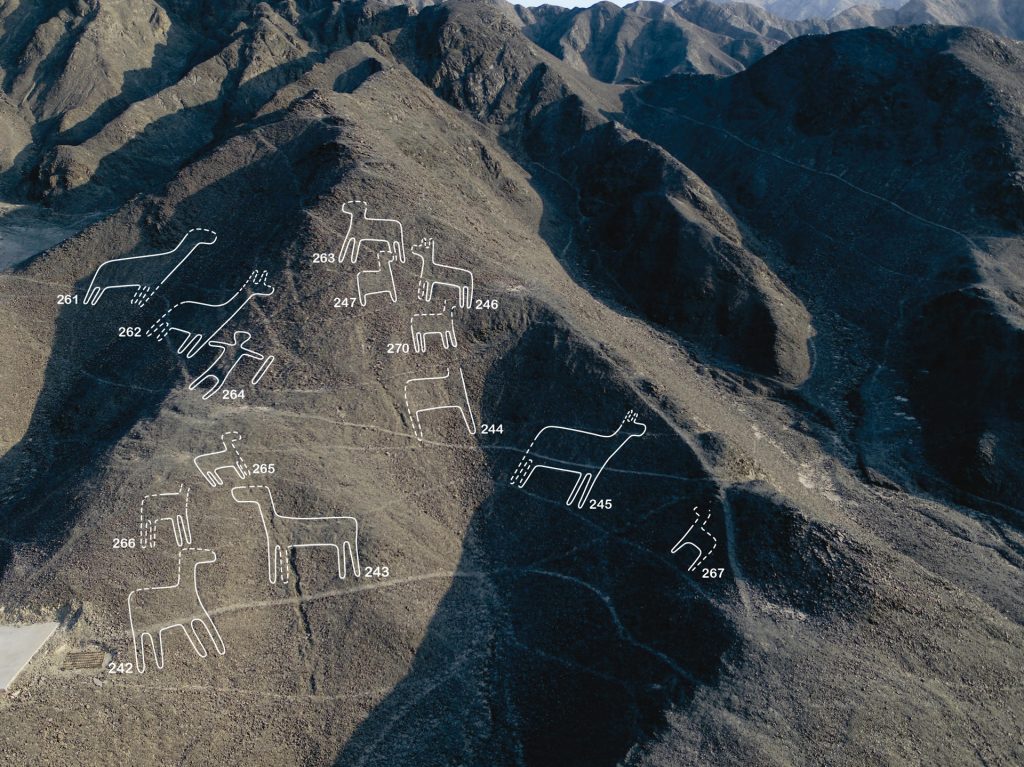 The team of Yamagata University academics, led by Masato Sakai, discovered 168 new geoglyphs or large figures drawn on hillsides or mountains – with the help of local archaeologists, aerial images and drones.

“In total we have found 168 figures – about 50 human, as well as birds, cats, snakes and also many linear and trapezoidal figures.” Sakai said ceramics had also been found.

Since the start of the research project in 2004 – and since 2010 on the ground – the Japanese researchers have already found 358 figures, including the most recent ones.

They now seek to protect these sites, and also understand the purpose for which they were created.

“To protect the lines we need to know their exact location so that they do not become homes or the local people use the area for agriculture,” says Sakai, who believes they were used to mark trails and roads.

The researcher explained they now also use artificial intelligence to find patterns and study them, something that with traditional research methods would take a much longer time to investigate due to the large areas involved.

“We can find these figures on roads and paths, so we want to understand the combinations so we know what they wanted to express,” Sakai said.

For long, the Nazca Lines were considered to have been a great astronomical calendar, while other experts believe they had a religious significance, and some ufologists argue they were landing strips for extraterrestrial spaceships.

The most recognised figures are the spider, the monkey and the hummingbird, in addition to the condor, the pelican, the seagull, the snail, the whale, the snake and the llama, among others.

The Nazca Lines are hundreds of geometric figures, animals and plants located in a vast desert in the Ica region, south of Lima, made during the Nazca civilization (1st-7th century CE).

The function and meaning of these lines, as well as their significance remain unclear, as some are over 100 metres in size can only be seen from the air.

Despite their antiquity, these famous and enigmatic figures were not discovered until 1930 because the desert plain only allowed the designs to be viewed entirely from the air or from some surrounding hills.