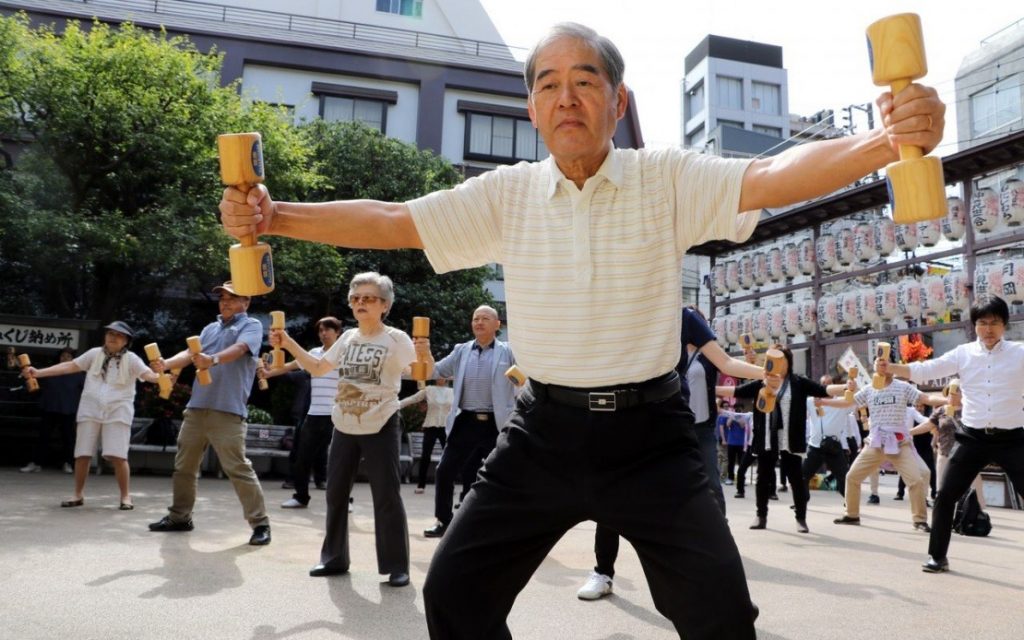 The number of people aged 100 and above in Japan has exceeded 80,000 for the first time, according to local media.

“The number of centenarians rose 9,176 from the previous year to 80,450 as of Tuesday for the 50th consecutive yearly increase, with women accounting for 88.2% of the total,” Kyodo News Agency reported yesterday, citing data released by the Health, Labor and Welfare Ministry.

Shimane Prefecture in western Japan has the highest number of centenarians per 100,000 people — 127.60 — for the eighth straight year, followed by Kochi and Tottori with 119.77 and 109.89, respectively, the agency reported.

“Japan’s average life expectancy was 87.45 for women and 81.41 for men in 2019, both record highs, according to Health Ministry data released in July this year.”

Kane Tanaka, 117-year-old from Fukuoka, southwestern Japan, is the oldest Japanese woman. Guinness World Records recognised her as the oldest living person in the world, the report said.

The survey started in 1963, and the number of centenarians has been increasing over the last 50 years.