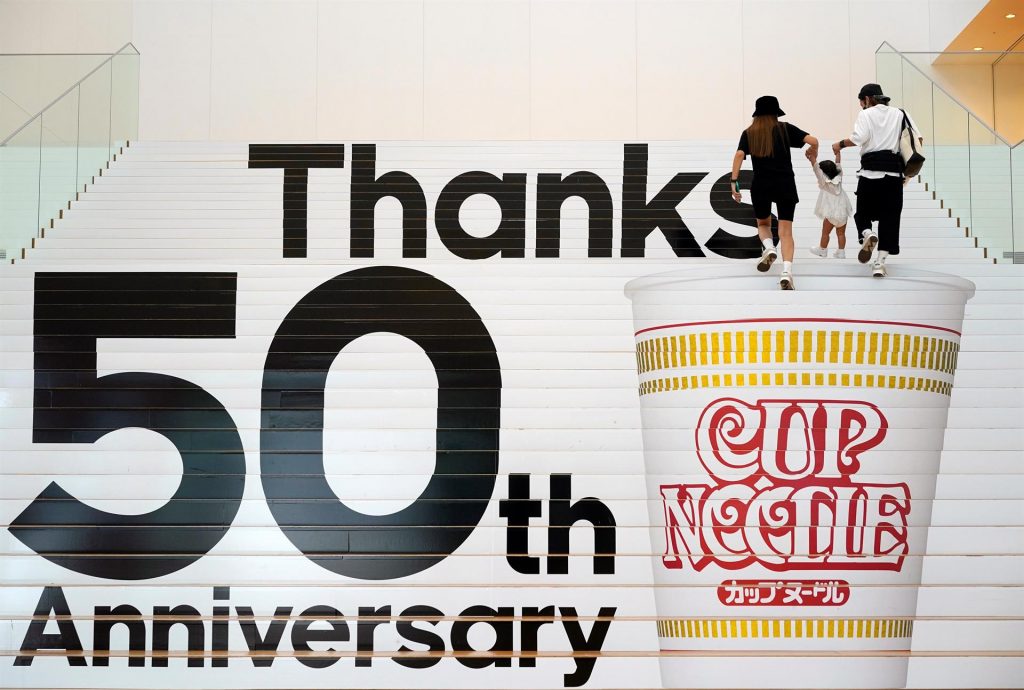 Exactly half a century ago, Japanese entrepreneur Momofuku Ando invented an instant dish which could be eaten in its own packaging container after just adding hot water – forever revolutionising the food industry, as millions of packets of the products continue to be sold daily.

The preparation was first marketed as cup noodles on 18 Sept 1971 and went on to become Ando’s biggest achievement as part of his quest to mass produce affordable and easy-to-eat food in post-war Japan.

After first being launched in Japan, over 50 billion cups of the noodles have been sold across over 100 countries, according to data provided by the company Nissin, founded by Ando.

Born in Taiwan in 1910 during the Japanese occupation of the island, “the father of cup noodles” is one of the most admired figures in contemporary Japan, both in the business world as well as popular culture.

Ando invented his culinary novelties through the trial and error method, guided by his curiosity and capacity to observe, according to the autobiographical books he wrote and a Yokohama-based museum dedicated to cup noodles.

The entrepreneur is said to have worked day and night in a small barrack turned culinary lab, which in 1958 gave the world its first instant noodles, chicken ramen, that would prove to be the precursor to the cup variety.

Noodles fried at high temperature for a brief period – the same technique used in tempura (Japanese deep-fried food) – helped Ando fulfil his four requirements – a good and addictive taste, long shelf life, being easy to cook and easy on the pocket.

The product hit the market at a price of ¥35 per cup (equivalent to US$5.50 today after adjusting inflation), in a Japan that had been hit by food shortages after World War II, with US-supplied flour being one of the main sustenance for people.

Not content with the domestic success of chicken ramen, Ando kept experimenting and observed during a trip to the US that locals there ate their instant noodles in paper cups using forks, unlike the bowl and chopstick tradition back home.

This gave him the idea of designing a cup package that could be used to eat, keep the noodles warm, be held in one hand and help the eater use a fork.

The ingenious design, which includes a reusable lid, has hardly changed in the five decades, although the cups are now mainly being made of paper – instead of polystyrene – due to environmental concerns.

More than 200 types of cup noodles have been launched since their inception, including exotic local varieties in Latin America and healthier high-protein versions.

China is by far the largest consumer of cup noodles, followed by Indonesia, Vietnam, India and Japan, according to Nissin data.

The founder of the company died at the age of 96, a day after giving a half-an-hour speech to his employees and eating chicken ramen for dinner with them.

By then, he had fulfilled his dreams of selling his noodles across the world and even in space, with a special version named “Space Ram” becoming part of various NASA missions.