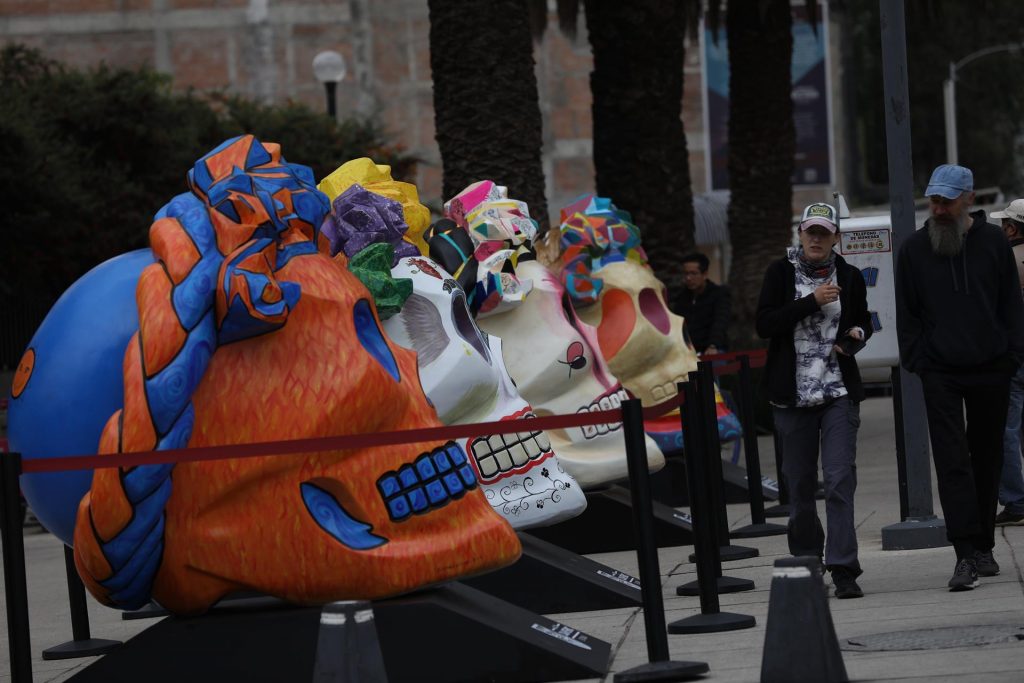 The Revolution monument in Mexico City centre has installed 10 giant skulls to jog memories related to the life and works of Mexican artist Frida Kahlo.

The colourful skulls are the star attractions of the exhibition “Fridacráneos” which opened ahead of the “Day of the Dead” – an annual holiday to celebrate life and death to reaffirm the indigenous Mexican culture.

Local authorities said the exhibition was the brainchild of some plastic artists from the so-called Garden of Art, an iconic space in the city where people gather to trade their artistic pieces, mostly pictorial.

Some of the skulls on display replicate the hairstyle of the unibrow painter known for her portraits and works inspired by nature and the Mexican culture.

One of the skulls has braids woven into flowers with two dangling gold earrings, in a look inspired by the self-portraits of the Mexican artist.

Others show some of her iconic paintings like “The Two Fridas,” a 1939 piece of art showing traditional Frida in Tehuana costume with a visible-broken heart, sitting next to a modern dressed Frida.

The open event is part of the return of the “Day of the Dead” celebrations, cancelled last year due to the pandemic.

The exhibition ends on Nov 9 but will keep moving around the city.

“Fridacráneos” joins the cultural extravaganza that Mexico City offers for the “Day of the Dead” celebrations on Nov 1 and 2.

Among other events is a parade on Oct 31 that began after the shooting of “Specter,” the 24th in the James Bond series, in Mexico City.

The parade has been a regular part of the celebrations every year since then.