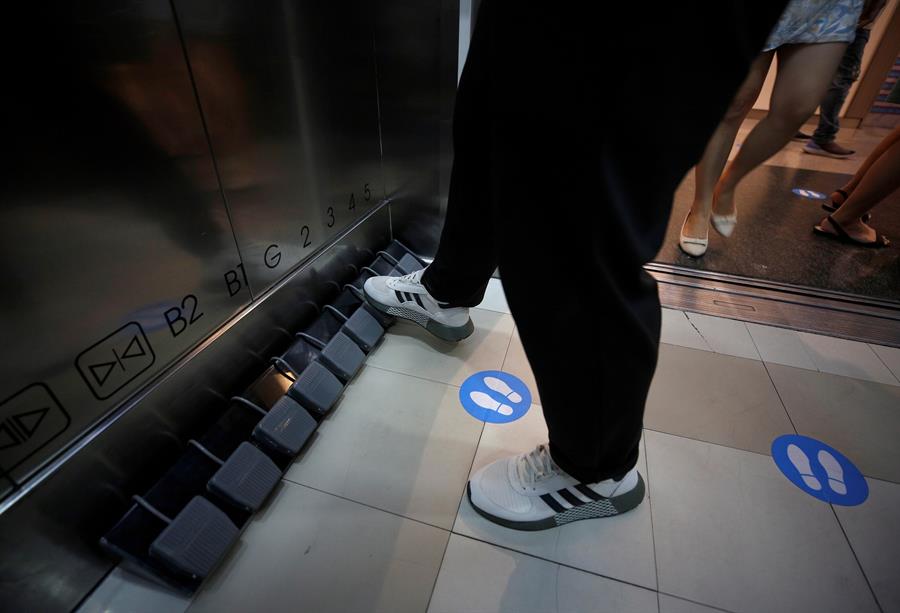 Pedals have replaced conventional buttons in elevators of a mall in northern Bangkok – with an aim to contain the spread of Covid-19 among those who use it.

This pilot device, which has received praise from clients for its simplicity, is one of the health safety measures promoted by Seacon Square mall after reopening two large stores on Sunday.

“Due to the pandemic of Covid-19, we have decided to install initially foot pedals in one elevator as a prototype, and later we will install in another 15 elevators, so it’s safer for shoppers not to get infected,” said Prote Sosothikul, vice president of Seacon Development Company Ltd which manages the said commercial area.

With two pedals placed in front of the elevator, the shoppers can use it to move up or down.

Once inside, the shoppers can find a series of seven pedals corresponding to the floors of the mall and parking, along with two others for opening and closing the doors.

Inside the elevator – which has a limited capacity of six persons at a time – there are several stickers on the floor that remind the shoppers of maintaining a safe distance among one another. 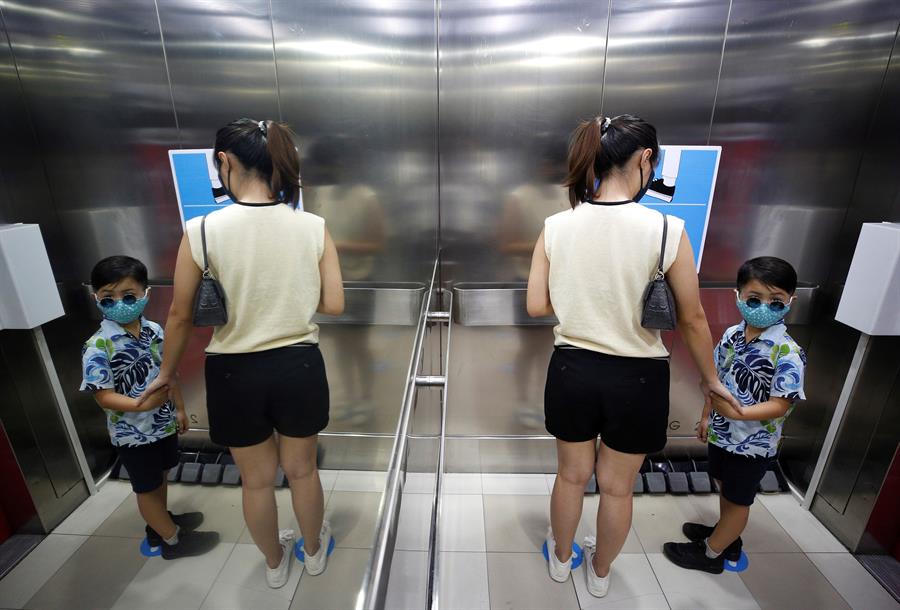 Prote said that those using the elevator, “really like it.”

Thailand, which has confirmed 3,037 infections and 56 deaths so far, is currently in the second phase of ease in measures amid decreasing number of fresh cases.

To enter the malls- which are a popular recreational spaces – people are needed to fill a series of forms and monitor temperature.

Thai authorities have also been promoting a mobile app Thai Chana that allows tracing and reporting the number of shoppers in the malls.

Moreover, the establishments have also adopted health safety measures by themselves such as limiting capacity, placing hand disinfectant gels and partitions in the restaurants to separate spaces between clients.

Masks are not mandatory on the streets, however they are compulsory in places such as parks, public transport, supermarkets and malls and nearly everyone uses it while going out of their home.