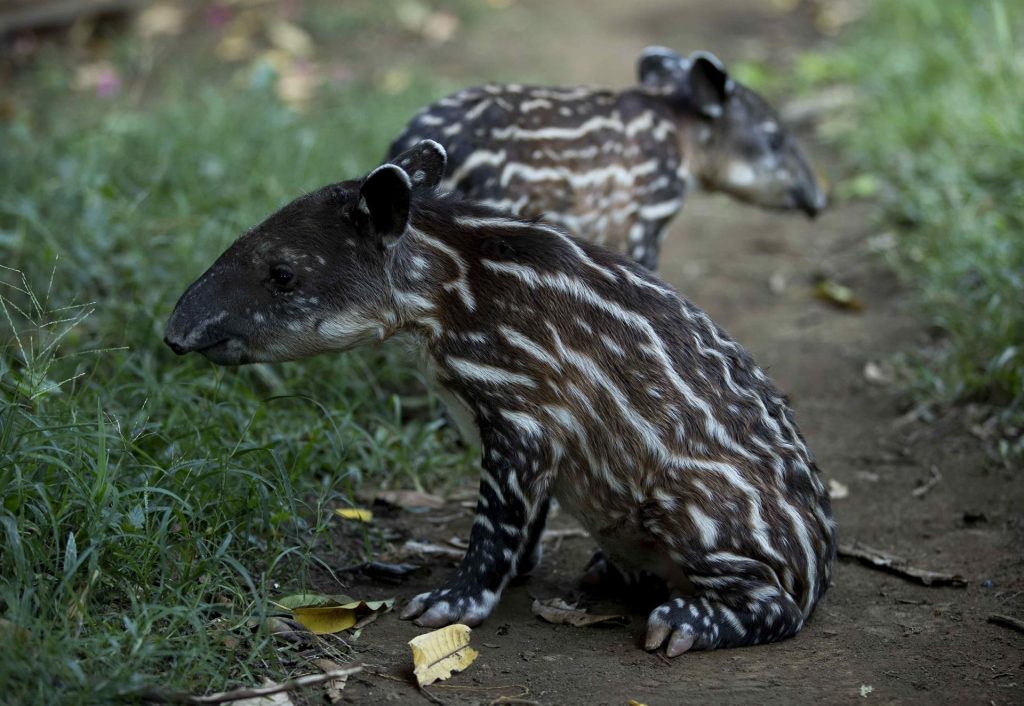 Two endangered tapirs were born hours apart at the National Zoo of Nicaragua, in the department of Masaya, south of Managua, the centre reported.

A male and a female, still unnamed, were born at dawn on Friday and Saturday in perfect health, said that center’s director Eduardo Sacasa.

The births in captivity occurs within the framework of a project that seeks to conserve this species, endangered due to the destruction of its habitat and uncontrolled hunting, explained the expert on exotic animals.

The tapirs’ moms Rosa and Colorada began May, Nicaragua’s month of mothers, in good company with their young, both with brown stripes and white spots that will fade little by little.

“This is a recognition for our country of that effort that is made with a species that is in extreme danger of extinction,” said Sacasa.

The male tapir, weighing 7.9kg, and the female, 8.1kg, will be released wearing a tracking collar when they reach a certain age, into a reserve in northeast Nicaragua, according to the authorities of the centre.

Between 350 and 400 tapirs still live freely in the country. However, due to the destruction of their habitat and the slaughter and the sale of the young, that number is decreasing.

A baby tapir is sold on the Nicaragua Pacific for around US$800-1,000, according to data from the National Zoo.

The zoo has kept 22 captive-born tapirs since the project began in 2004. At the beginning of the year, another tapir was also born, making three so far in 2021.

Tapirs have a gestation period of up to 13 months and feed on vegetables, fruits and herbs, and can live in captivity for 35 to 40 years, but in their natural habitat their years are reduced to 12 or 13 years, according to the National Zoo.