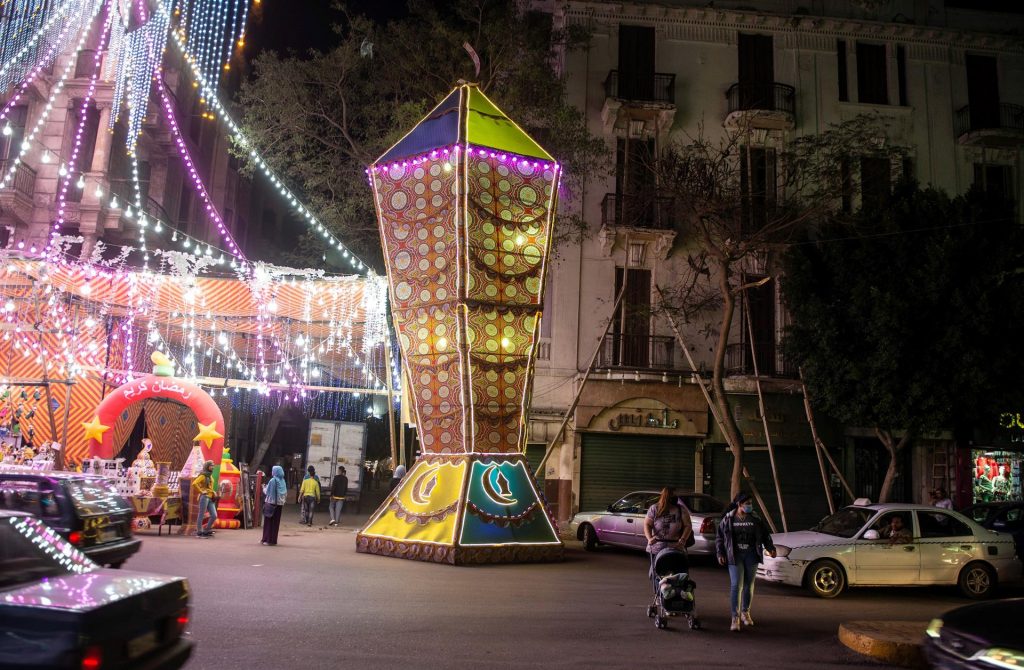 Lanterns have been part of Ramadan tradition for more than a millennium, but that didn’t prepare Muslims in Cairo for the sight of Egypt’s largest Ramadan lantern in a Christian neighbourhood of this capital.

Nader Alfy, 24, said he was one of 16 Coptic Christians in the Shubra quarter who spent more than a month building the lantern, which stands 16m (52.5 feet) tall.

“The Muslim neighbours were very pleased and happy to see us in the street making the lantern,” he said. “They took photos and selfies during the process and offered to help us because they were very happy about this initiative.”

The metal structure consists of a base and an upper part with LED lights. The components were soldered together in an operation requiring the use of a crane.

Alfy said there is nothing unusual in Christians’ taking it open themselves to create the giant Ramadan lantern, calling it a symbol of coexistence and unity among neighbours.

And while the Copts, who make up 10% of Egypt’s population, complain of discrimination and have been targets of terrorism, Shubra has been largely peaceful in recent years.

Across the street from the lantern, toy store owner Peter Zaki has put up a 12m construction combining the crescent – the symbol of Islam – and a cross.

“It is a symbol of the unity between Christians and Muslims. The most special thing is that this is done by Christians for our Muslim brothers. During our festivals, Muslims also adorn the streets with (Christian) symbols.”

Thanks to help from members of the community, the structure was completed in two weeks, the 34-year-old merchant said.

“It is a message that in Egypt there is no difference between Christians and Muslims. Any problem that happens between them has nothing to do with beliefs and above all, terrorism does not belong to any religion,” Zaki said.