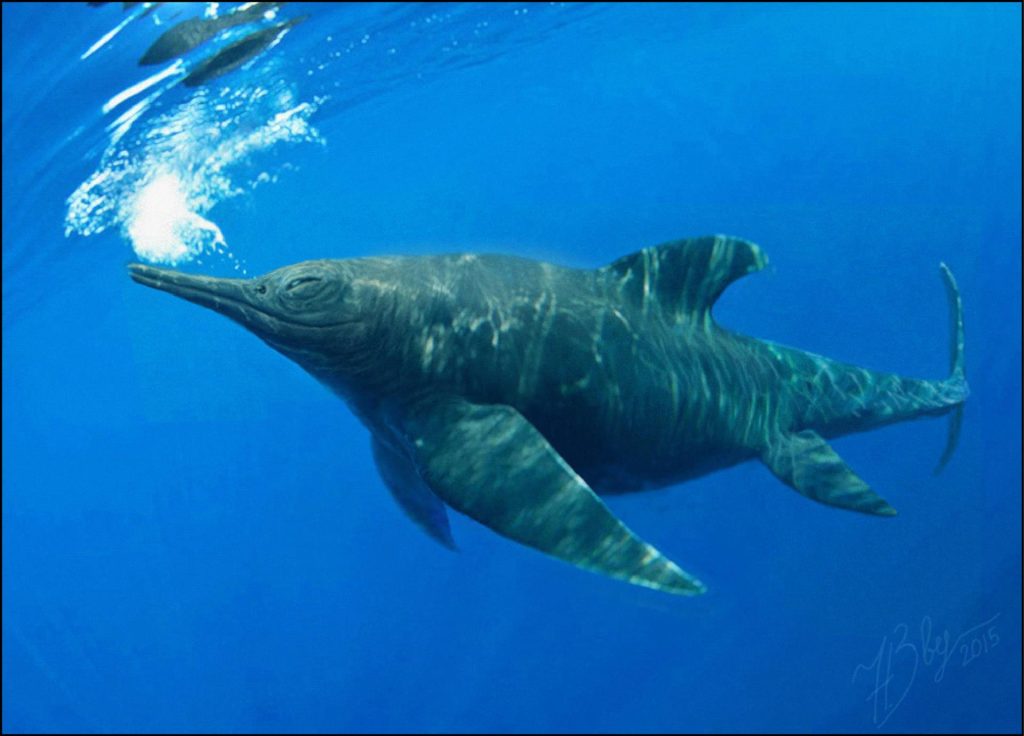 The fossilised skeleton of a female ichthyosaur, dubbed “Fiona” by archaeologists, was found underneath a glacier in Chile’s Patagonia region and is the first extinct marine reptile to be found with its remains intact, its discoverers announced yesterday.

The find of the clearly pregnant ancient sea-dweller, which was shared by the Universidad de Magallanes, was the result of a pioneering expedition carried out in March and April of this year and headed by Chilean palaeontologist Judith Pardo – who removed the fossil from the rocks in which it was embedded, extracting the complete skeleton with the help of an international team.

Fiona – found in the Tyndall Glacier, located in the Torres del Paine National Park in southern Chile – is 4m-long and the only pregnant female ichthyosaur ever found from the early Cretaceous Period, the third and last period of the Mesozoic Age between 129 and 139 million years ago.

“Fiona is complete, articulated and with embryos in gestation. And her recovery will contribute information related to her species and to palaeobiology, pertaining to embryonic development and to a disease that affected her during her life,” Pardo said.

The scientist, with the GAIA Antarctica Research Center at the Universidad de Magallanes, said the fossilised remains were taken to the paleontology laboratory at the Rio Seco Natural History Museum in Punta Arenas, in far southern Chile – where they will be stored temporarily with an eye toward later exhibiting them for the public.

Ichthyosaurs were marine reptiles that lived in oceans all over the planet throughout most of the Mesozoic Age, also known as the Age of Reptiles and which lasted from 250 million to 66 million years ago, when the dinosaurs were wiped out by a meteor strike.

Fiona’s body resembles that of a modern day tuna and is also similar to dolphins, with a long pointed head, four flippers and a vertical tail. The species had air-breathing lungs and gave birth to live offspring.

Ichthyosaurs are considered to be the marine animals that achieved the greatest level of adaptation to their specific environments during their time on Earth.

This specimen, in particular, was discovered by Dr Pardo in 2009 on the last day of a palaeontological expedition probing the Tyndall Glacier – a project financed at that time by the German government and which was part of the researcher’s doctoral thesis at the University of Heidelberg.

The later excavation of the find was undertaken thanks to contributions from Chile’s National Research and Development Agency (Anid), according to the communique announcing the find.

The size of the investigation and the complexities associated with the terrain this year attracted scientists from all over the world, mostly women including the renowned Dr Erin Maxwell, head of the marine reptile department at the State Museum of Natural History in Stuttgart, Germany, and Cristina Casco, a fossil restoration expert with the same museum.

Also participating in the project were Chileans Miguel Caceres, the director of the Rio Seco Natural History Museum, and biologist Hector Ortiz along with palaeontologist Jonatan Kuluza, with Argentina’s Felix de Azara Natural History Foundation, among others.