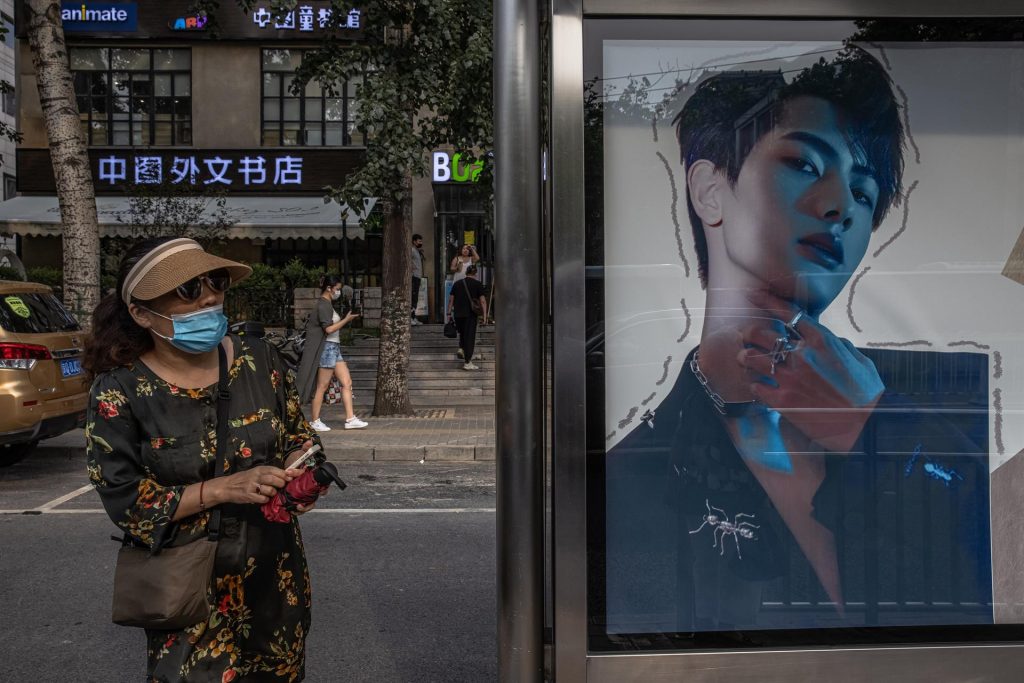 Chinese media regulators have launched a crackdown on “effeminate aesthetics” for actors and TV personalities in a bid to boost “traditional Chinese” culture in line with “revolutionary and socialist” ideals.

It comes amid a government campaign to curtail what it views as ostentatious celebrity culture and the rise of social media influencers.

The National Radio and Television Administration (NRTA) published a series of measures including rules to ban media companies from contracting actors or guests with “incorrect political opinions” that go against the Chinese Communist Party (CCP) or the country.

The NRTA also sought to prohibit minors from appearing in variety or reality TV shows in China and get rid of public voting competitions.

The campaign is part of efforts by Chinese officials to prioritize “traditional Chinese culture” in line with the ideals of the ruling CCP.

Last week, the Cyberspace Administration of China announced measures to clamp down on the “frenzied” and “unhealthy” online fan culture surrounding celebrities.

Celebrity fan groups in China have been involved in harassment-related incidents in the past.

Recently, state media has echoed multiple scandals related to celebrities, such as the arrest of Chinese-Canadian singer Kris Wu for rape allegations.

Shortly after the arrest, more than 60 famous people from the country were summoned by the NRTA for a two-day course on ethics, laws, and the history of the CCP.

The NRTA statement called for the rejection of “high wages” and to tackle tax evasion in the entertainment sector.

Last week, Shanghai authorities fined popular actress Zheng Shuang 299 million yuan (US$46 million) for tax evasion and scrubbed all the productions in which she has appeared from being broadcast.