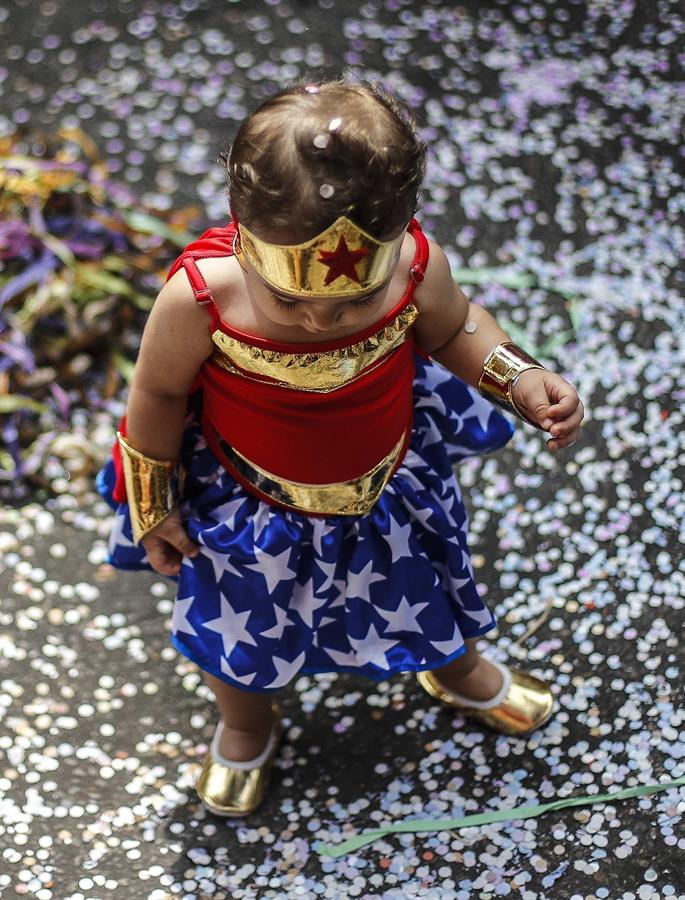 Brazil’s nationwide Carnival celebration now features a marked feminist accent – emphasised by a band that drew almost half a million people to a street concert in Rio de Janeiro yesterday.

“Our power is everywhere, even at Carnival. We’re joining hands, united, to inspire other women to be the owners of their lives and bodies, free and courageous,” Preta Gil, the daughter of popular singer-songwriter Gilberto Gil, said in addressing the crowd gathered right in the heart of Rio’s downtown.

Hundreds of troupes of musicians and singers had poured into the streets of Rio and cities across Brazil on Saturday ahead of the official start of Carnival, Brazil’s annual pre-Lenten bacchanal.

The troupes, known as “blocos,” led tens of thousands of people in impromptu processions – which for many Brazilians are the authentic expression of Carnival as opposed to the high-production-value, elaborately choreographed performances of the samba schools in Rio de Janeiro’s Sambadrome.

While the cheapest ticket for the 2020 main event at the Sambadrome is going for US$90 – way beyond the means of most of Brazil’s 210 million people – the blocos can be enjoyed for free.

The blocos range from small neighbourhood bands to giant ensembles with dozens of percussionists.

In Rio, the capital of Carnival in Brazil, Saturday’s revelry culminated in a giant party headlined by the Banda de Ipanema bloco – who since 1964 have paraded down the beaches of the neighboirhood made famous by Antonio Carlos Jobim and Vinicius de Moraes with The Girl from Ipanema.

Thousands of beach-goers joined the procession on a hot, sun-drenched summer day in Rio.

Blocos also stormed the streets of Sao Paulo, Recife, Olinda and Salvador, all known for their Carnival celebrations, and even comparatively sleepy, bureaucratic Brasilia saw processions by troupes whose numbers increase with each passing year.

The festivities in Sao Paulo were led by actress and Latin Grammy-winning singer Elba Ramalho, known as the “queen of forro,” a genre of music and dance integral to the culture of northeastern Brazil.

Streets across Brazil will continued to be filled with the music of the blocos until at least Ash Wednesday (Feb 26), and many cities have scheduled processions for the days following the start of Lent.

But as always, the central event of Carnival in Brazil will be the Feb 23-24 showdown among the samba schools at Rio’s Sambadrome, which is expected to draw some 120,000 spectators.