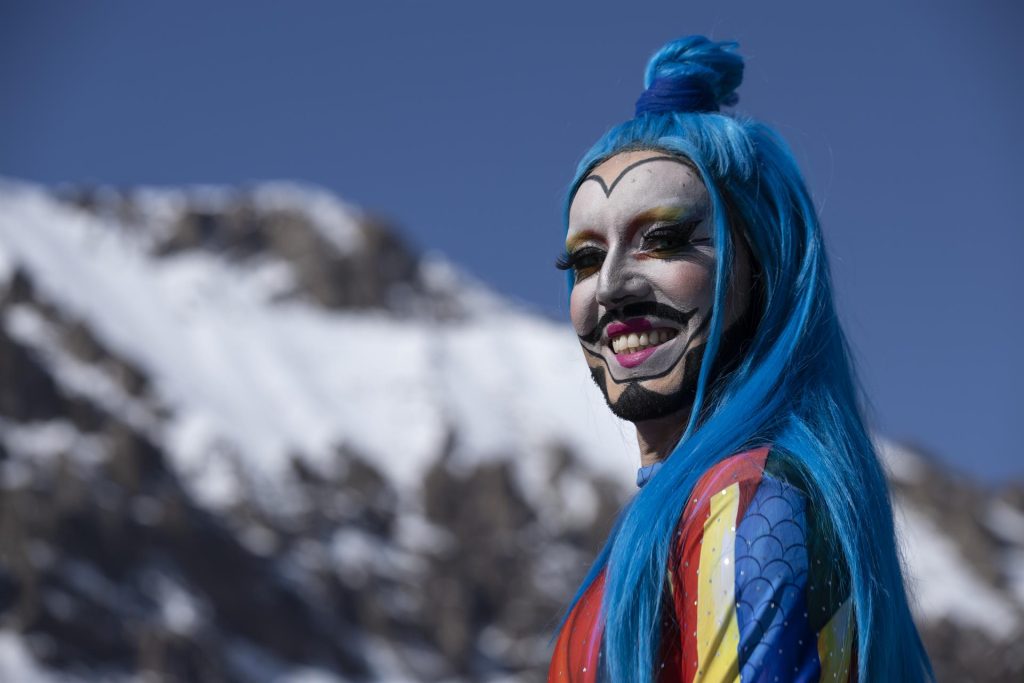 Presentation, fitness and buttocks – these are the criteria for being crowned “Miss BumBum,” a contest held yesterday in Brazil amid a global feminist wave and criticism by women’s groups regarding the objectification of their bodies.

The event was held in a rundown party hall in the city of Sao Paulo, where the participants paraded on a rudimentary walkway with black fabric in the background.

This year, the contest was held once again with a live audience – a large number of them men – as the event was held virtually in 2021 due to the coronavirus pandemic.

“Before you elect the new president, come and meet the new Miss Bumbum,” read the invitation to the final of “Miss Bumbum Brazil 2022”. Below that were pictures of the buttocks of four women in thongs.

The creator of this contest is a man named Cacau Oliver, a public relations professional who is a journalist by training,, and known to be a promoter of the so called “subcelebrities” in Brazil.

The first edition of “Miss Bumbum” was held in 2011. In 2018, he stopped – considering that format had run its course, but resumed again last year.

“People told me to come back,” he said. And the pressure of movements such as “me too” has not thrown him back.

The competition works as follows – representatives of each of the 27 Brazilian states participate in a first phase, but only 15 – chosen through a virtual survey in which they are presented with almost pornographic photographs – go to the final.

The latest edition was they were evaluated by a jury of 10 members.

For researcher Tarine Guima, of the Department of Political Science of the University of Sao Paulo, “Miss BumBum” falls within a “media culture” that thrives “on the objectification of women.”

“These women go there with that sense of empowerment, of freedom, but they really become a product empowering that patriarchal culture,” she complained.

That view, she said, is a part of a public debate in which one party “does not see objectification as a problem” but an affirmation of “freedom,” while the other sees it as an expression of “sexism and machismo.”

“This contest is an absurdity. It is bad for the image of Brazil because there is always that thing of the Brazilian woman and her buttocks. It is not good in any way. It really shouldn’t exist,” journalist Nina Lemos noted.

She rejected the theory that it is an act of “empowerment,” considering it a reflection of an “oppressive and patriarchal society” in which the “woman is reduced to the body”.

In an attempt to whitewash the sexist image of the contest, Oliver introduced this year a “Mister BumBum” competition, but with fewer participants and less pomp, and whose winner was selected in less than 30 minutes.

Nevertheless, there are also strong supporters of “Miss BumBum” – especially among its participants.

Suzy Cortez, who won the 2015 edition, said “many doors” opened for her from there. Today, she is the Brazilian who earns the most in OnlyFans, an adult content platform. She is describes herself as a “businesswoman and investor.”

She underlined “a total hypocrisy” in criticising Miss BumBum in “the country of the Carnival”.

The winner of the 2022 edition won 50,000 real (nearly US$10,000) in advertising contracts in this country of contradictions, where going topless on the beach is a crime.

Separately, LGBTIQ+ skiers drenched the Andean slopes nestling the Chilean ski resort of Farellones with rainbow colours yesterday at the opening of the first gay skiing event in Chile.

Dozens of activists brought skis, sleds, and snowboards to slide down the slopes of Farellones in Santiago de Chile to defend equality and their rights to sexual choice in a joyous environment on a bright day.

The event took place at an altitude of more than 2,000m, between the hills of the Parva and El Colorado.

With government assistance, the event will run through the weekend to boost tourism two years after the Covid-19 crisis.

“Given the circumstances, the event is crucial for us. The global pandemic that we endured for two years is now coming to an end,” said Cristian Rodriguez Bimfa, who is in charge of the economy for the metropolitan area.

Rodríguez Bimfa said the government had opened the borders for foreign tourism. “The event is also tied to the government’s promotion of pride tourism. We encourage a wide range of cultural activities. Everyone is invited.”

A “Dragg Queen,” who stuck out in the snow with her exuberance, high heels, and colourful makeup, was especially cheery.

“The LGBTIQ+ community is now visible. We are no longer restricted to specific parts of Santiago or the world. We have the ability to make ourselves noticeable. For example, today on a mountain here,” said the drag queen, who wore exaggerated feminine gender signifiers.

The queen wishes that the event gets conducted every year.

One of the accomplishments of the programme, said Ana Martnez – who oversees women’s and gender equity in the Santiago metropolitan area – was that the LGBTIQ+ community was relaxed, appreciated the event, and felt proud of their identity.

“We are delighted that two very important issues for the government have come together: The revival of tourism and the possibility that we all feel safer.”

The “Pride Ski” is celebrated across the world, but this is the first time it has visited Chile, a fairly conservative nation.

Joane Agüero, one of the organisers, said the two main objectives of the event were to make Chile the capital of LGBTIQ+ tourism in Latin America and a destination for the community worldwide.

“It also has to do with making the LGBTI community visible. We must be able to freely show who we are.”