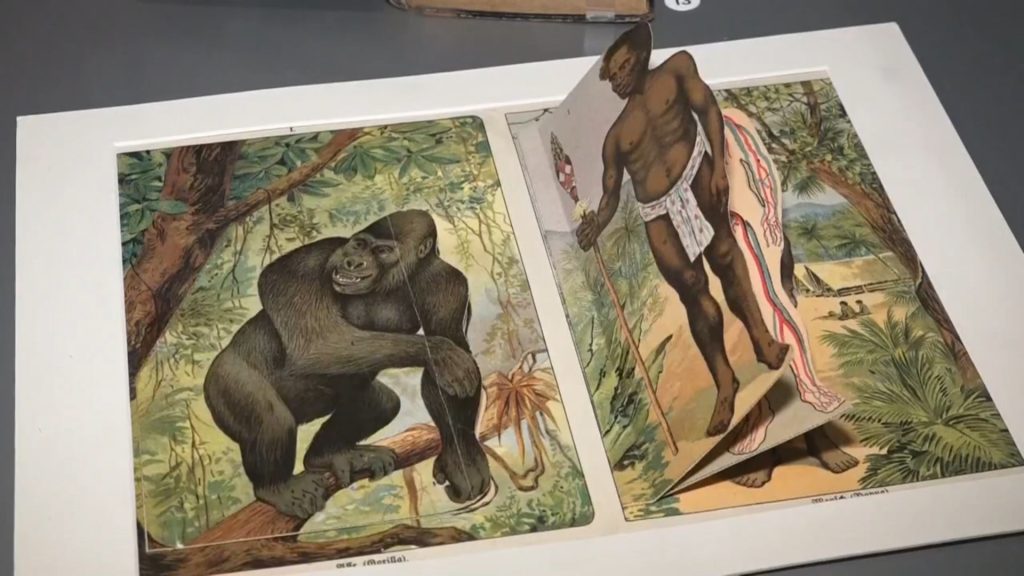 In 1897, a human zoo in the small Belgian town of Tervuren put 250 Congolese people on display to visitors. Now, 125 years later, it is hosting an exhibition to address the country’s colonial past.

‘Human Zoo. The age of colonial exhibitions’, which runs until March 6 at the Africa Museum in Belgium, invites people to analyse the impact of human zoos and aspires to break down colonial myths, explained Maarten Couttenier, historian and anthropologist.

“Given that colonialist propaganda lasted for so many decades, I believe that we will still need several more decades to completely dismantle it,” Couttenier said.

To achieve this goal, the exhibition presented pictures, documents, posters that juxtaposed black African men with gorillas, and tools that were used at human zoos.

“We have decided to display photos of colonial propaganda. Some may think this is how we reaffirm racism, but I think we need these images to really deconstruct and overcome it in the future,” said Couttenier.

However, the event’s co-curator stresses that human zoos were a “Western phenomena” and not solely of Belgian origin, estimating they were visited by over 1.5 billion people between the years 1810 and 1940 – in which time more than 30,000 people were exhibited “like animals.”

“They were created in a period when television did not yet exist, there was limited cinema, the photos were also unusual, and people did not travel to Africa or Asia.

“Human zoos were the only opportunity to see African people. They were extraordinary events that were massively successful,” he explains.

In these exhibitions, Couttenier points out the white public “believed that they were going to see cannibals,” since Westerners thought Africans to be “primitive and savage” at the time.

Couttenier explains that visitors sometimes threw bananas and peanuts to make fun of the showcased people who were taken from colonies and shipped to Europe, where they lived in poor conditions and fought against cold weather and epidemics.

“They had to recreate scenes from their daily life, or scenes of how Europeans believed that everyday life in Africa looked like, from cooking, dancing, singing to sailing on a river by boat.”

Despite the fact that human zoos may seem like a distant past, Couttenier warns it is “a subject that still has no end.”

“It would not surprise me at all if something similar happened again next week in some other country in Europe.”