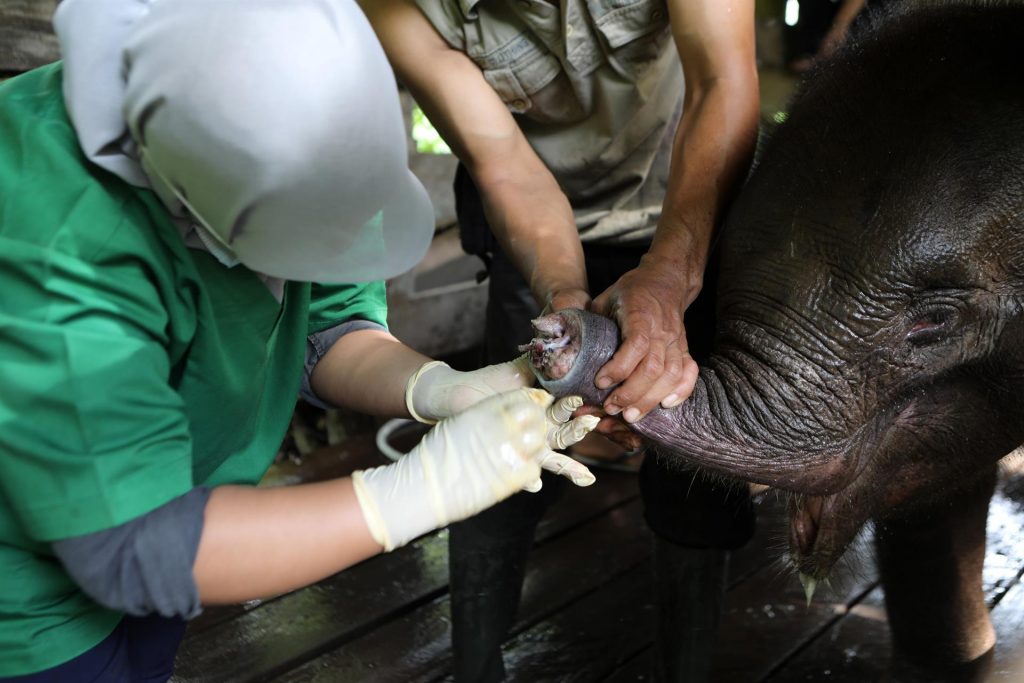 A baby elephant has died on the Indonesian island of Sumatra after losing half of its trunk to a trap set by poachers, authorities said today.

The keepers had tried their best to treat its wounds and save the animal from the endangered species.

Agus Arianto, the head of the conservation agency in Acheh, said they had received information about an elephant calf with a wounded trunk that had lost its herd.

The one-year-old elephant got separated from the herd on Saturday when it fell into a poacher trap in Acheh, a region in the north of the island of Sumatra, west of the Indonesian archipelago.

The calf was one of the last 700 remaining wild elephants on the island and was already very weak when villagers found it on Sunday in Alue Meuraska, a forest village in Acheh Jaya district.

Veterinarians amputated part of its trunk to save the animal, but it died two days later due to an internal infection.

“It also had feeding problems because it couldn’t digest food well,” Arianto said over the phone.

In 2018, a 7-month elephant calf died in Sumatra after falling into a trap laid for wild pigs.

The Sumatran elephant is a subspecies of Asian elephants.

The International Union for Conservation of Nature has listed the Sumatran elephant as critically endangered due to the decline of its habitat by agricultural development and human settlements.

The Indonesian archipelago is one of the most vibrant biodiversity places on the planet and is home to hundreds of endangered species.