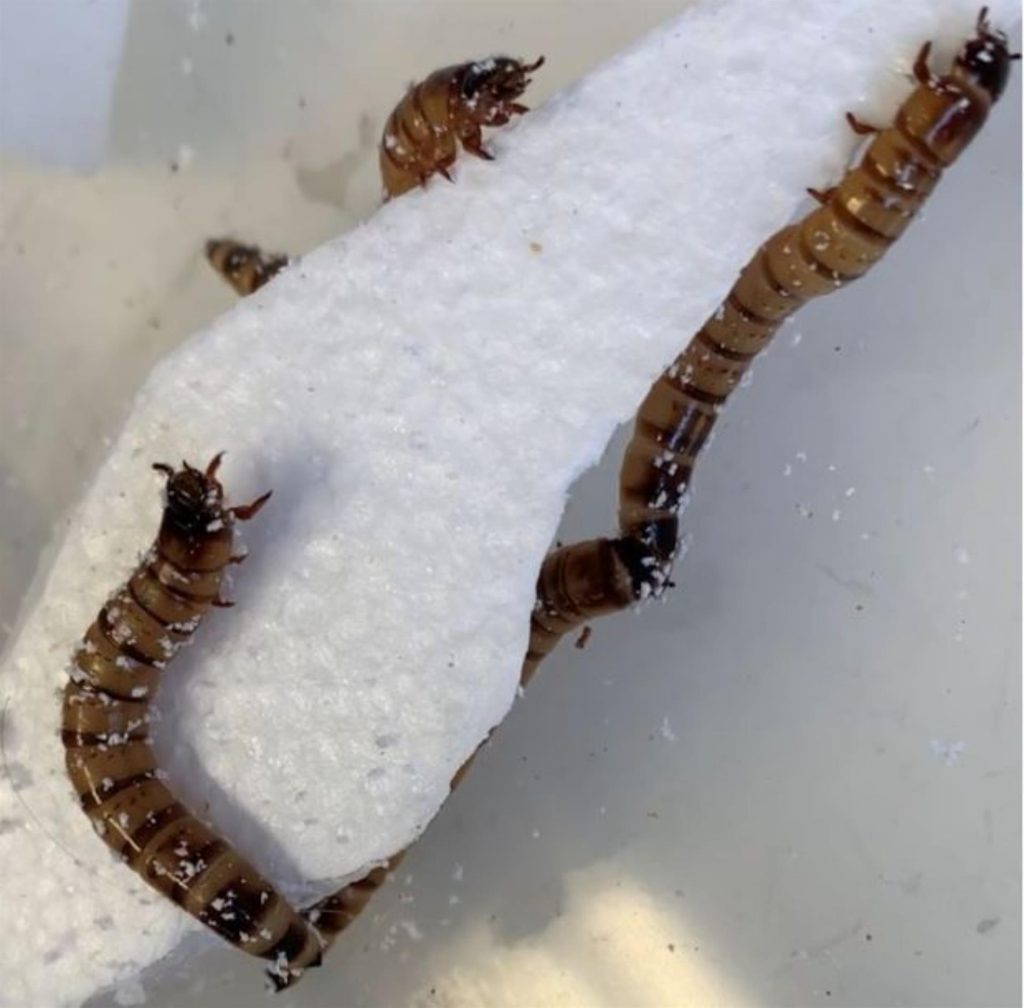 Australian researchers have discovered the Zophobas morio “superworm” can feed on polystyrene – a common ocean pollutant – resulting in a discovery that could be the key to plastic recycling.

This species – a beetle whose larvae is sold as food for pets – has a bacterial enzyme in its intestine that allows it to degrade this thermoplastic, the University of Queensland said in a statement yesterday.

“We found the superworms fed a diet of just polystyrene not only survived, but even had marginal weight gains,” said Dr Chris Rinke of the University of Queensland, a co-author of the study.

“Superworms are like mini recycling plants, shredding the polystyrene with their mouths and then feeding it to the bacteria in their gut.

“The breakdown products from this reaction can then be used by other microbes to create high-value compounds such as bioplastics.”

This discovery could contribute to solving one of the most serious problems of the global economy, which produced about 360 million tonnes of plastic in 2018, which usually ends up in oceans and threatens marine ecosystems.

In their quest to engineer enzymes that help break down plastic waste through a process of mechanical shredding followed by enzymatic biodegradation, the researchers fed the worms three types of diets over a three-week period.

The first group of worms was fed bran, the other polystyrene foam and the third was put on a fasting diet.

Rinke said the researchers wanted to see if the worms eating plastic could become pupae and then adult beetles.

This beetle species, which reach a maximum size of 5-6 cm, are native to Central America and the northern part of South America.

Although the ability of these insects to ingest plastic is not something new to science, this research used a metagenomic technique through which all the DNA of the microbes in the gut were extracted to sequence and catalogue all the encoded enzymes to get a comprehensive analysis of the entire enzyme community, Rinke explained.

The scientific project does not intend to use millions of such worms for large-scale industrial recycling processes but rather aims to find a way to replicate what happens in the stomach of the worm, Rinke said.

He added that the researchers hope to produce the enzymes in the laboratory on a large scale for more efficient use in five to 10 years.