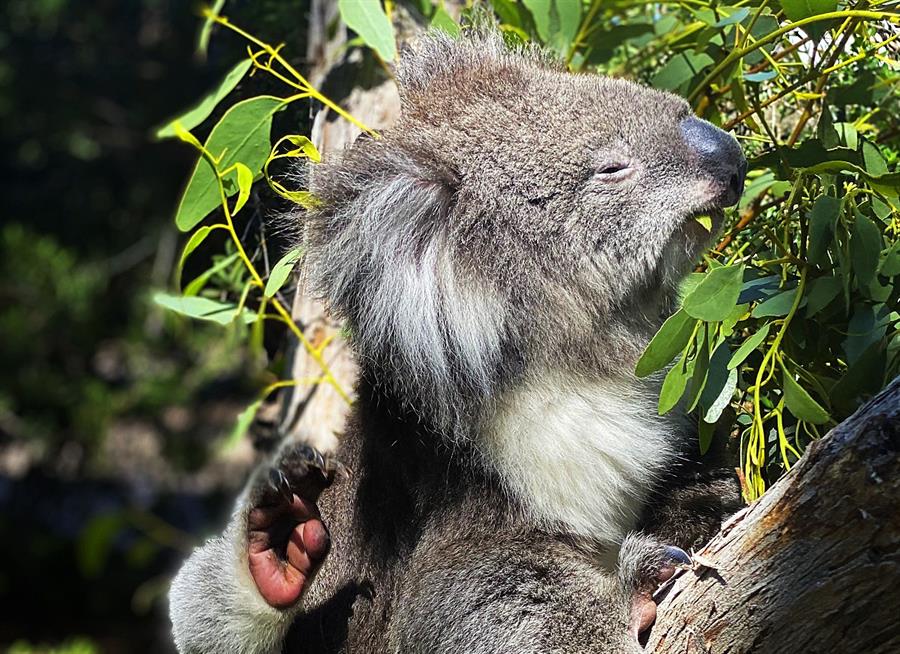 Australian experts are trying to create a “super koala” – which does not contract specific deadly diseases and has greater genetic diversity – by mating males from the continental zone with females that survived the Kangaroo Island bushfires.

At the centre of this programme are 28 young koalas rescued from the 2019-20 “Black Summer” wildfires, which burned 50% of Kangaroo Island, 112km southwest of Adelaide, and that were transferred to the Cleland Wildlife Park.

The fires killed almost 90% of the population of 50,000 koalas on the island and destroyed all the habitats of those marsupials whose name means in Aboriginal language “no water,” as 90% of their hydration comes from the eucalyptus leaves they eat.

The most special characteristic of the koalas on Kangaroo Island is that none have chlamydia, the disease killing their relatives on the east coast of Australia, while a handful have only contracted the retrovirus (KoRV), known as the AIDS of this species.

For this reason, these 28 rescued animals are called “golden children,” due to the possibilities they have to save the species over this peculiarity.

The other side of the coin is the little genetic variety of the Kangaroo koalas due in part to the insularity, but mainly to the fact that they descend from 18 specimens brought to the island in 1920 when the uncontrolled commercialisation of their skins led to their extinction in South Australia.

In an effort to save kangaroo koalas, and potentially the rest of this species, experts from South Australia want to import a group of males from areas such as the Strzelecki mountain ranges, in the neighbouring state of Victoria in the coming weeks.

The objective is for them to mate in September, during the austral spring, with the 20 females rescued from Kangaroo Island, and produce about 10 offsprings a year.

“They will be animals of incredible value,” Daniels said, adding that these super koalas “will have a greater genetic variety and will be less prone to disease and genetic conditions” that affect the liver or the testes.

With some 250,000 hectares of burnt land on Kangaroo Island, the koalas’ chances of survival are uncertain, despite the efforts of experts such as the Adelaide Botanical Garden Seed Bank, who are trying to reintroduce some species of native flora. .

The koala, a very delicate animal and especially sensitive to any change in the environment, spends about 20 hours a day dozing or resting, and uses the remaining four hours to feed on the leaves of a few dozen species of eucalyptus.

Since the devastating fires, it is hard to know how the koalas are faring. They previously had to undergo sterilization to stop their population explosion and now struggle to obtain the little food available, without knowing whether they’ll have enough to feed the next generation.