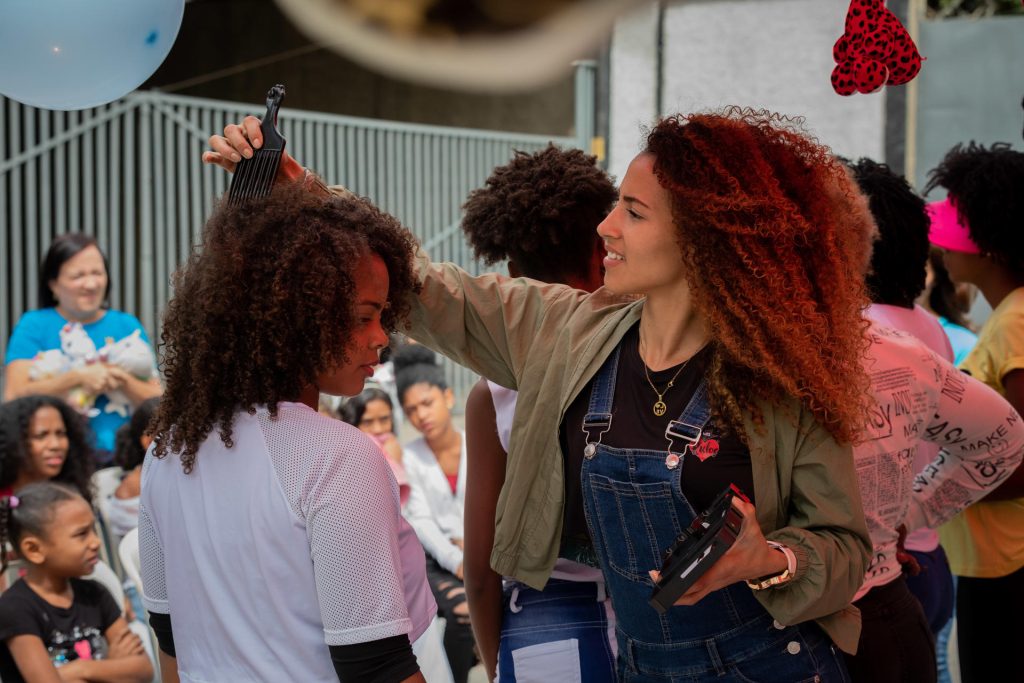 In the space of three years, Rulos de Venezuela has grown from a personal Instagram account – offering afro hair care tips – to a virtual community of more than 20,000 people who use it as a space to discuss discrimination, racism and female empowerment.

Founder Paulette Abdallah said she started the page when she lived abroad and let her afro grow out – partly by choice, but also because hair care services were lacking.

While she offered tips on how to maintain an afro hairstyle, she also came to realise just how little the look featured in Venezuela’s collective imagery.

Nowadays, she sports her hairstyle with pride back in her native Venezuela – where for her it is a celebration of mestizo heritage as well as an anti-racist symbol.

“More people started to join, the account grew a lot, we started to talk about labour discrimination (…) important things that were not being talked about in Venezuela.”

When she returned to her country and she found “so many people asking the same questions”, she decided to do community workshops on hair care – a project that has taken her to coastal towns where the Black population is predominant.

“I didn’t think of doing activism and even less activism at this level, but one thing has been leading me to the other, things have happened by themselves.”

Paulette says that in Venezuela, there is “a very specific beauty stereotype” that casts afro hairstyles in a negative light.

The issue is addressed in the Venezuelan film Pelo Malo by director Mariana Rondón.

To fight against these prejudices, Paulette meets with small groups of girls and adolescents and teaches them that type of hair they have speaks of their culture and ancestry.

She encourages them to cultivate the “seed of belonging” and not to be “slaves to the (hair straightening) iron.”

Paulette says racism in Venezuela is a ceiling that prevents the free development of the Black population and notes the absence of people with afro hairstyles on local television and in advertising.

To teach her daughter to value her own beauty, Andrea Rebolledo took her to one of the Rulos Venezuela workshops in the neighbourhood of Catia – where little Brianni met girls like her and heard positive stories about her hair.

Her mother, 21, says she leaves feeling grateful for learning how to speak with her four-year-old daughter about her hair and other things to lift her spirits when she is feeling blue.