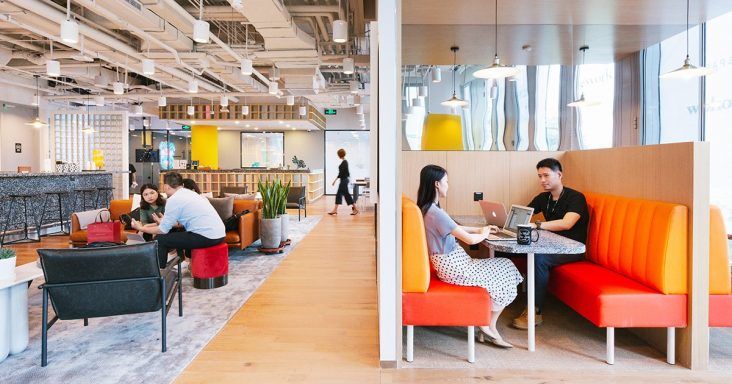 WeWork Cos will lease a 21-storey building in Singapore’s prime financial district – which is currently leased to HSBC – marking an expansion by the US co-working space provider in Asia.

WeWork, backed by Japan’s SoftBank Group, will lease the building from CapitaLand Commercial Trust (CCT), the Singaporean office landlord said in a statement.

The tower, 21 Collyer Quay, will be WeWork’s biggest property in the Southeast Asian nation and has a net lettable area of about 200,000 sq ft.

CCT said its lease deal with Hongkong and Shanghai Banking Corp Ltd, a unit of HSBC Holdings plc, will end in April 2020 but did not give financial details of the new lease.

Co-working spaces have become popular among startups because these give them the flexibility of short-term leases in well-decorated spaces and keep overheads low. Increasingly, larger companies are also using co-working firms to manage their offices.

In Singapore, the flexible workspace footprint has more than tripled since 2015 and now accounts for some 4% of the office space in the central business district, according to real estate consultancy Colliers.

WeWork may get signage rights for the building, which would boost its branding and visibility in the central business district, said Christine Li, head of Singapore and Southeast Asia research at property services firm Cushman and Wakefield.

“It’s a very good catch for WeWork,” said Li, because typically only a few floors are available in the business district due to low vacancy.

The lease will start in the second quarter of 2020 for seven years, CCT said. WeWork will occupy 20 floors of the building, the US firm said in a separate statement, but did not provide details about the one other floor.

She expects rents to stay mostly flat this year at the current level of about S$10.61 per sq ft per month, due to a slowing economy and uncertainties from trade tensions between United States and China.

Founded less than a decade ago, WeWork has locations in over 28 countries – including in Singapore, China, India.

The money-losing firm, which has filed paperwork for an IPO, has faced questions about the sustainability of its business model that is based on short-term revenue agreements and long-term loan liabilities.