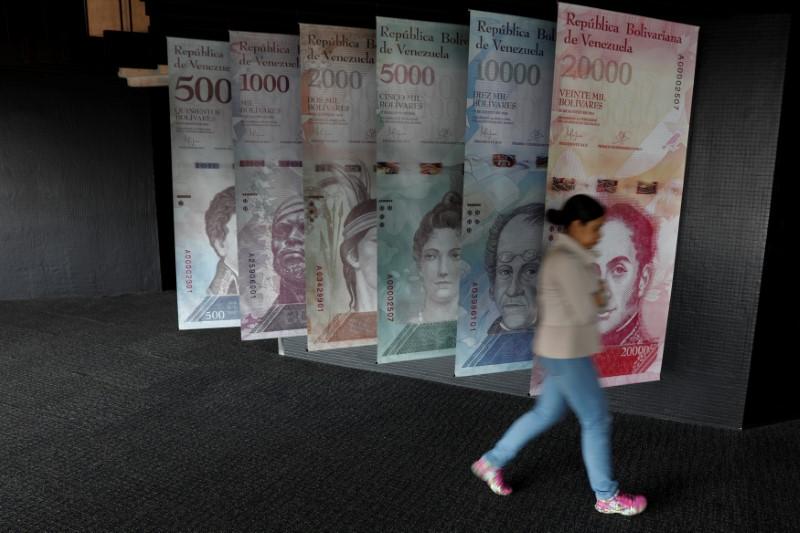 Venezuela’s currency has lost almost half its value in the first year after the country’s latest monetary reconversion, a strategy that the government has pursued with the aim of “rescuing its strength and its example as an expression” of the country’s economy.

On 1 Oct 2021, one US dollar was valued at 4.19 bolivares at the official exchange rate. Today 8.18 bolivares are needed to buy the US currency, according to the Central Bank of Venezuela (BCV) – a devaluation of about 48% against the US dollar, which alternatively – in effect – has risen in value by 95% against the bolivar.

This is the third round of monetary restructuring Venezuela has implemented so far in since 2008 and features the elimination of six zeroes off the value of the currency after the devaluation undertaken in 2008 by the Hugo Chavez government and the 2018 devaluation by Nicolas Maduro’s administration.

In all, over the past 14 years 14 zeroes have been shaved off the currency, meaning that 1 bolivar today is worth an almost unbelievable 100 trillion bolivares from 2008.

With the current six-zero devaluation – whereby 1 bolivar today is worth one million bolivares up through 1 Oct 2021 – the currency, which had been termed a “sovereign bolivar” after 2018, has now been dubbed a “digital bolivar” – which despite the new designation still exists in physical form with bills in denominations of 5, 10, 20, 50 and 100 bolivares.

But the reconversation “has not caused major changes in the quantity of cash bolivares” circulating in Venezuela, which for all practical purposes has adopted the US dollar as its de facto currency after four years of hyperinflation ending last December, noted economist Luis Arturo Barcenas, the head of the Ecoanalitica company.

Before the current measure was implemented, he said 5% of the existing bolivares were circulating in cash, while today it’s 6% – just 1% more than at this time last year.

The cash bolivar survives and is used, mainly, in the informal market and to pay for goods and services that cost less than one US dollar – like a piece of candy, a single cigarette, certain vegetables and a single fare on public transportation.

For example, to buy the minimum monthly amount of food needed for a family of five, one must have on hand about 3,200 bolivares, according to the calculated cost of the basic food basket by the Teachers’ Federation’s Social Documentation and Analysis Center (Cendas-FVM).

The owner of two stores in a well-travelled zone in Caracas – one of them a clothing store and the other a kitchen products shop – said 70% of the payments he receives are in bolivares, of which just 10% are in cash, most of them being low-prices items.

The search for solutions amid the ongoing decline in value of the bolivar and the problems surrounding paying for purchases in cash has led the government to adopt digital mechanisms to simplify transactions – which has brought with it other inconveniences, including the inability to make purchases during power outages or when the Internet is down.

“Everyone (pays with a credit card). Even for one cigarette, which costs a bolivar, they want to pay by card,” said Samuel Morales, a Caracas businessman.

A year ago, the BCV said that the “change in the monetary scale” relies on “the deepening and development of the digital economy,” adding this was “an historic landmark needed at a time at which the country is starting out on the road to economic recovery.”

According to the central bank, economic activity grew by 14.65% and 19.07% during the third and fourth quarters of 2021, respectively, while the improvement during the first quarter of this year was 17.04% and increased to 18.7% during the second quarter.

Last August, BCV president Calixto Ortega Sanchez said his institution had strengthened Venezuela’s fiscal, exchange and monetary policy although, since the beginning of that month, the bolivar had experienced its greatest devaluation in a year, losing 29% of its value vis-a-vis the US dollar.