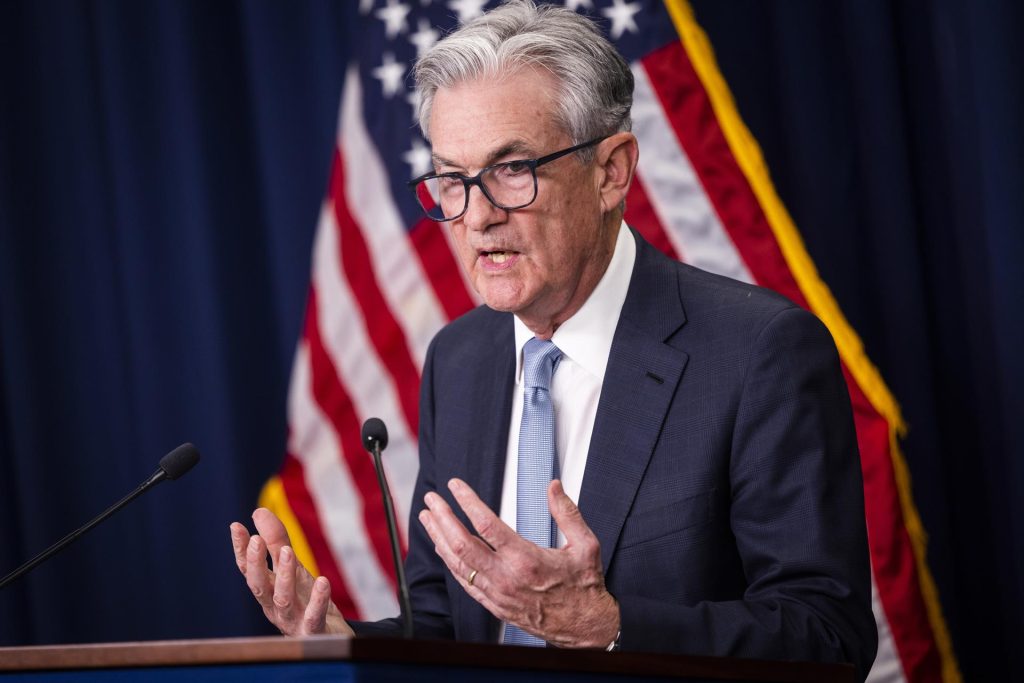 He told a press conference continued aggressive monetary action will be needed as part of efforts to bring inflation back down to the Fed’s 2% target.

The Fed’s latest move marked its fifth increase in the federal-funds rate since March and its third consecutive steep hike of three-quarters of a percentage point.

He said the Fed’s projections are for the federal-funds rate – now at a target range of between 3% and 3.25% – to stand at year’s end at 4.4% – up a full percentage point from the central bank’s June forecast.

Even so, the forecasts for the next two years still suggest the most aggressive phase of the rate hikes may be coming to a close.

“At some point, as the stance of policy tightens further, it will be appropriate to slow the pace of increases while we assess how our cumulative policy adjustments are affecting the economy and inflation,” Powell said.

He clarified, however, that future FOMC decisions will depend on how the economy evolves and the impact of more restrictive monetary policy on inflation.

While the pace of rate hikes may slow in the near future, Powell gave no reason to expect the Fed will cut rates any time soon.

“Restoring price stability will likely require maintaining a restrictive policy stance for some time,” the Fed chief said, referring to an annual inflation rate that stood at a persistently high 8.3% in August. “The historical record cautions strongly against prematurely loosening policy.”

Powell acknowledged higher interest rates will likely cause “a sustained period of below-trend growth, and there will very likely be some softening of labour market conditions.”

Those expectations were reflected in the Fed’s latest economic forecasts, which sees US gross domestic product growing at a meagre 0.2% this year and 1.2% next year (compared to a June forecast for 1.7% growth in both years).

“The labour market continues to be out of balance, with demand for workers substantially exceeding the supply of available workers,” the Fed chief said.

The central bank expects that situation to change, with Fed forecasts indicating the unemployment rate will rise from 3.7% at present – a level economists regard as close to full employment – to 4.4% by the end of 2023.