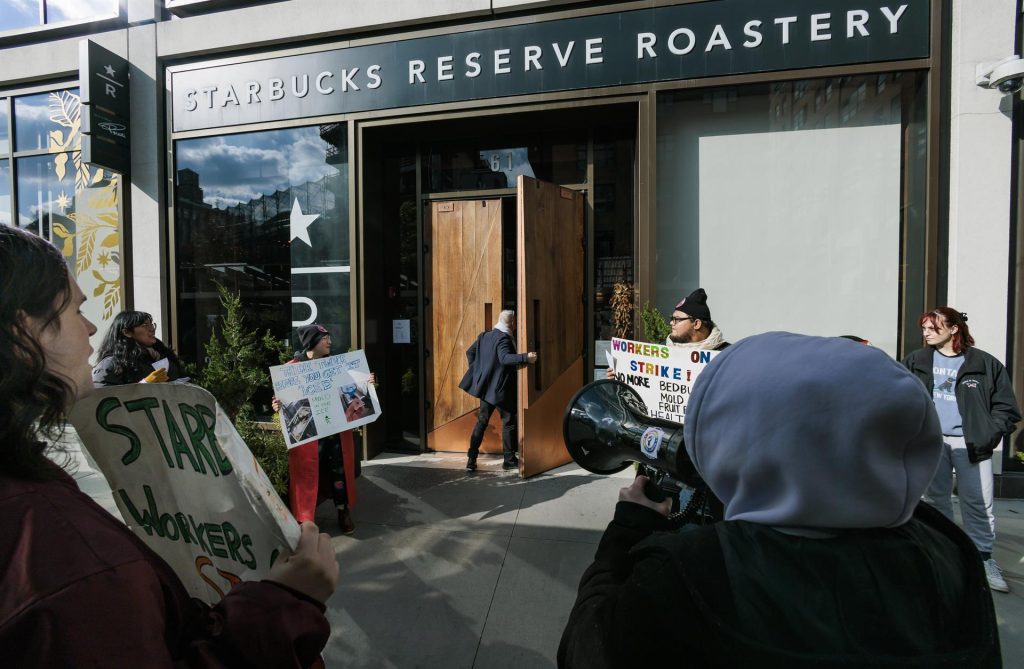 Workers at coffeehouse chain Starbucks Corporation staged their first nationwide strike yesterday, alleging that company has refused to negotiate with their union and failed to adequately staff busy stores.

The strike affected more than 100 Starbucks locations across the US.

“We’re here today because Starbucks refuses to bargain with our union. We’re here because of staffing shortages and other unfair circumstances that have been occurring in our store,” said Brandi Alduk.

She’s a barista who has worked for four years at a coffeehouse in the New York City borough of Queens, speaking alongside 10 other striking workers at the store’s entrance.

Signs on the store’s windows indicated it was open for business, but the lack of activity inside suggested the work stoppage was having the desired effect.

Overall, the Seattle-based coffeehouse chain has around 9,000 corporate-owned US locations where it employs roughly 70,000 people.

To join the union, workers at each coffeehouse must call a vote and win the backing of a simple majority of those who cast a ballot.

In a statement released yesterday, the union said the National Labor Relations Board – an independent agency of the US federal government – has issued 39 official complaints against Starbucks encompassing more than 900 alleged violations of federal labour law.

The strike was staged on Starbucks’ annual Red Cup Day, when the coffee giant celebrates the winter holidays by handing out limited-edition holiday reusable cups.

Among who have shown support for the Starbucks union is Alexandria Ocasio-Cortez, a left-wing Democratic congresswoman who represents a New York congressional district that includes portions of north-central Queens.

Alduk said the backing of that prominent lower-house lawmaker has given workers more courage to face off against a global brand like Starbucks, which has a market capitalisation of more than US$111 billion.