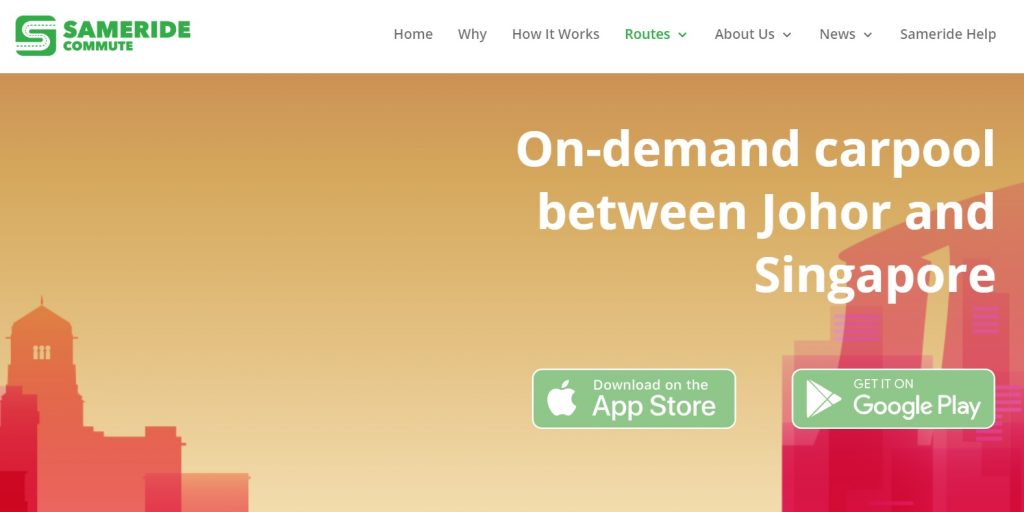 LTA was responding to CNA queries about the imminent launch of Sameride – a mobile app that offers carpooling services between Johor and Singapore.

The report said that the LTA would take “strong enforcement action” against such illegal activities.

LTA reportedly said foreign-registered vehicles are not allowed to provide cross-border passenger transport services for hire or reward in Singapore without a PSVL.

“Any person caught providing hire and reward services, including cross-border carpooling service without a valid PSVL, can be fined up to S$3,000, imprisoned for up to six months, or both. The vehicle used may also be forfeited,” an LTA spokesperson was quoted as saying.

According to the portal, the authority “strongly urges” people against engaging cross-border hire-and-reward services provided by drivers of unlicensed vehicles, as the vehicles might not be sufficiently insured against third party liabilities.

According to the Sameride website, its app is expected to be fully operational for Johor-Singapore commuters starting Monday Dec 30.

It stated over the last two weeks, almost 300 Johor-Singapore commuters have pre-registered in the app.

Sameride estimates app users who commute between Johor and Singapore will be able to reduce the cost of their commute by up to 50% compared to taxi services.

Sameride said the longer-term effect of the app operations on Johor-Singapore commute will be the reduction of traffic on causeways between Johor and Singapore.

The first commuter route was established by Sameride in 2016 in the Washington, DC Metro Area of the US serving commuters between Woodbridge, VA and Tysons Corner, VA.