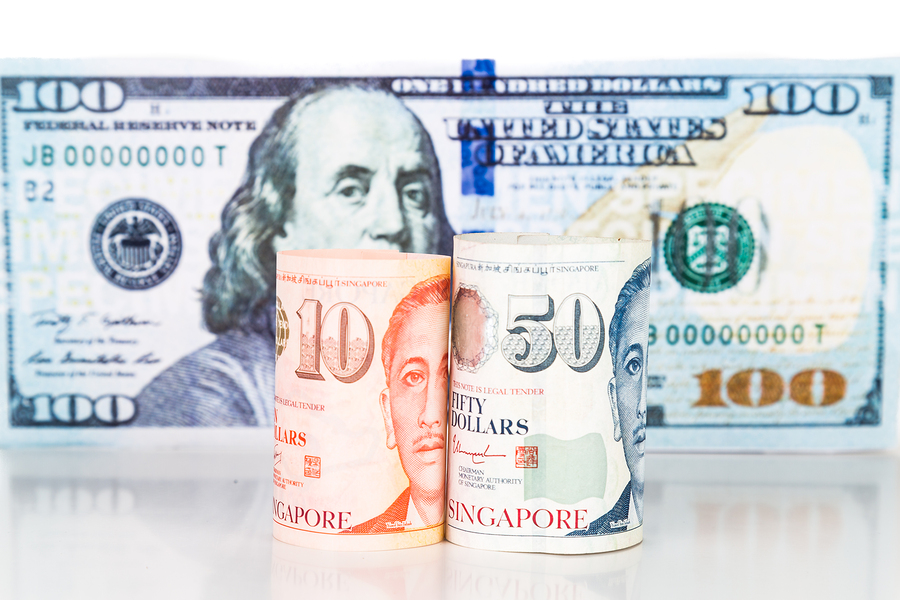 Singapore slashed its full-year economic growth forecast today as global conditions were seen worsening – and data confirmed the slowest growth rate in a decade amid mounting fears of recession in the city-state.

The government cut its forecast range for gross domestic product (GDP) in Singapore – often seen as a bellwether for global growth because international trade dwarfs its domestic economy – to zero to 1% from its previous 1.5%-2.5% projection.

Singapore’s downgrade adds to concerns globally about the effect of increasing protectionism on exports and production. The deterioration in the global outlook has pushed central banks to cut interest rates and consider unconventional stimulus to shield their economies.

“Looking ahead, GDP growth in many of Singapore’s key final demand markets in the second half of 2019 is expected to slow from, or remain similar to, that recorded in the first half,” the trade ministry said in a statement today.

Final second quarter GDP data today showed a 3.3% on-quarter contraction on a seasonally-adjusted annualised basis, slightly smaller than the 3.4% decline seen in the government’s advance estimate but lower than a 2.9% fall predicted in a Reuters poll.

Today’s data also confirmed annual GDP expanded 0.1% in April-June from a year earlier, its slowest rate in a decade, and below poll expectations of 0.2%.

A central bank official said after the data that it was not considering an off-cycle policy meeting. The next of its scheduled semi-annual meetings is in October, when it is widely expected to ease policy.

Singapore has been hit hard by the Sino-US trade war, which has disrupted world supply chains in a blow to business investment and corporate profits.

“Obviously, it feels like the storm is coming if you look at the whole macro economic fundamentals softening,” said Selena Ling, head of treasury and strategy at OCBC Bank.

“All the downside risks are piling up one one side,” Ling added, pointing to the myriad of global risks flagged in the trade ministry statement.

Analysts at Credit Suisse said in a note titled “a recession is coming” last week they expect Singapore to enter a technical recession in the third quarter, defined as two sequential periods of on-quarter contraction.

A faltering economy is expected to crimp growth at Singapore’s three local listed banks, which have so far benefited from improved margins, steady interest rates and loan growth.