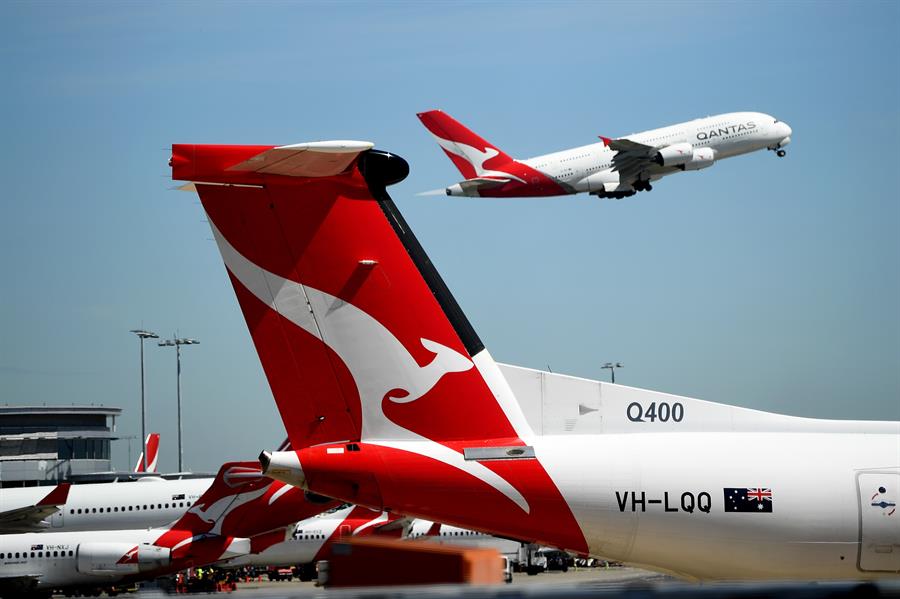 Australian airline Qantas today announced it will require all employees to be vaccinated against Covid-19, a measure applauded by the government that intensifies the debate regarding the mandatory immunisation of workers in that country.

The airline said in a statement that Qantas and subsidiary Jetstar’s pilots, cabin crew and airport personnel will require the complete vaccine course by Nov 15, and rest by March 31 next year.

Qantas will allow some exceptions for medical reasons, although it anticipates they will be rare – given 75% of employees support the measure and 89% have been vaccinated or are about to do so.

“Vaccines are clearly the only way to end the cycle of lockdowns and border closures for many Qantas and Jetstar employees, which means getting back to work,” the airline’s executive director Alan Joyce said.

Qantas’ decision, which follows in the footsteps of canned food producer SPC and regional carrier Alliance Airlines in requiring the vaccination of its staff in Australia, comes despite the Australian law not requiring workers to be vaccinated except for specific cases such as the elderly care sector.

The government, which has left it up to companies to make the decision to require staff to be vaccinated against Covid-19, applauded “the fact that many Qantas employees understand the importance of this without being asked.”

But the Transportation Workers Union questioned the Qantas announcement in a tweet just as “the attorney general (Michaelia Cash) is meeting with unions to address vaccines.”

Australia, which has kept its international borders closed since March 2020 and faced a third wave of Covid-19 due to the delta variant outbreak in Sydney, intends to allow travel abroad after vaccinating up to 80% of its population.