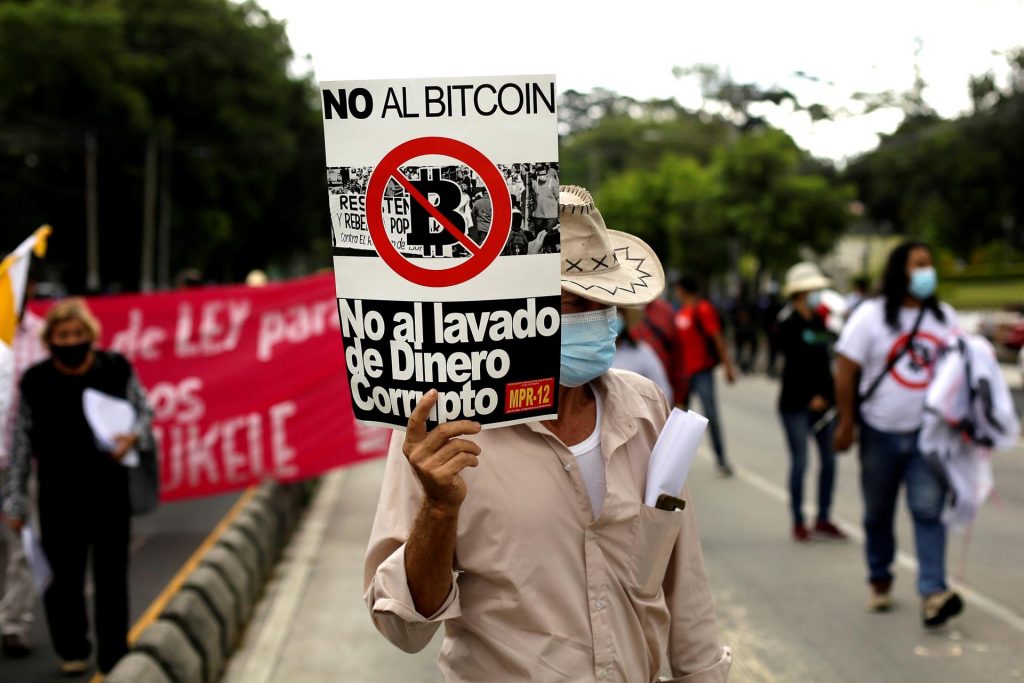 A group of young Salvadorans yesterday protested against the adoption of Bitcoin as legal tender and denounced political persecution against people critical of the government of president Nayib Bukele.

The protesters, who gathered around San Salvador’s constitution monument, condemned the arrest of Mario Gómez – a computer and cryptocurrency specialist who has been critical of the recently passed Bitcoin Law in the country – for financial fraud.

Gomez, who warned about the possible drawbacks of adopting Bitcoin as legal tender, was detained early yesterday and released at noon.

“Neither Mario, nor any person arbitrarily detained is alone. We declare ourselves on alert and ready to side with our comrades. For Mario, no to Bitcoin!” said a statement read during the demonstration.

The protesters, who described Bukele as “fascist” and reiterated their rejection of Bitcoin, accused the Salvadoran government of seeking to “silence” critical voices, especially “of the young people who have not believed their lies and who denounce the arbitrary actions committed by their government.”

“We repudiate all actions aimed at the abatement of the dissident social struggles against the Bukele regime, including the path of hatred.”

Several sectors have pointed out the use of Bitcoin as legal currency is not feasible for the country because of the risks it poses if not used properly and said that law will come into force without financial education programmes for citizens and guidance on how to use it.

A survey by the Citizen Studies Center of Francisco Gavidia University indicated 24% consider the decision not very good and 53.5% as not good, while 12.9% say it is good and 6.5% very good.

From Tuesday, El Salvador will become the first country in the world to adopt Bitcoin as legal tender, and it will circulate alongside the US dollar, the official currency in the Central American country.