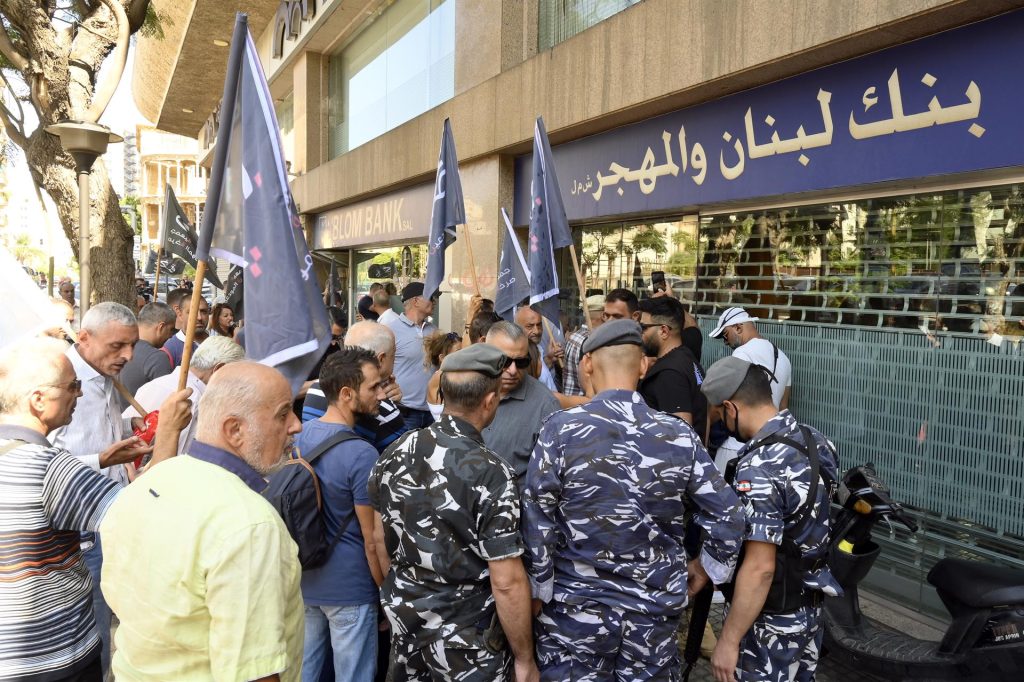 Protesters stormed a bank in Beirut yesterday, holding employees and customers hostage while demanding the return of savings that had been frozen by the bank due to the years-long economic crisis.

The Association of Depositors in Lebanon wrote in a Facebook post that several members of the group took over the BLOM Bank branch in the Sodeco neighbourhood yesterday morning.

“A depositor threatened to set herself ablaze after pouring gasoline on her and employees,” the association said.

The woman demanded some of her savings to treat her sister, who has cancer, the official National News Agency (NNA) reported.

She managed to get US$20,000 from her savings that had been withheld by the bank as part of the measures the government has taken to deal with the deep economic crisis gripping the country since 2019, according to the NNA.

The depositors’ association, however, said the woman received US$13,000 and posted several videos of her while a bank employee was counting the money.

The incident lasted just over 45 minutes and came to an end after the depositor took her money, with no further acts of violence.

On Aug 11, an armed man held hostages in a bank in Beirut for several hours before he was able to get US$30,000 of his money to allegedly pay for his father’s hospital bill.

He then turned himself in but was released without charge four days later.

Over the past three years, the Lebanese currency has lost more than 90% of its value and almost 80% of the population has slipped into poverty.